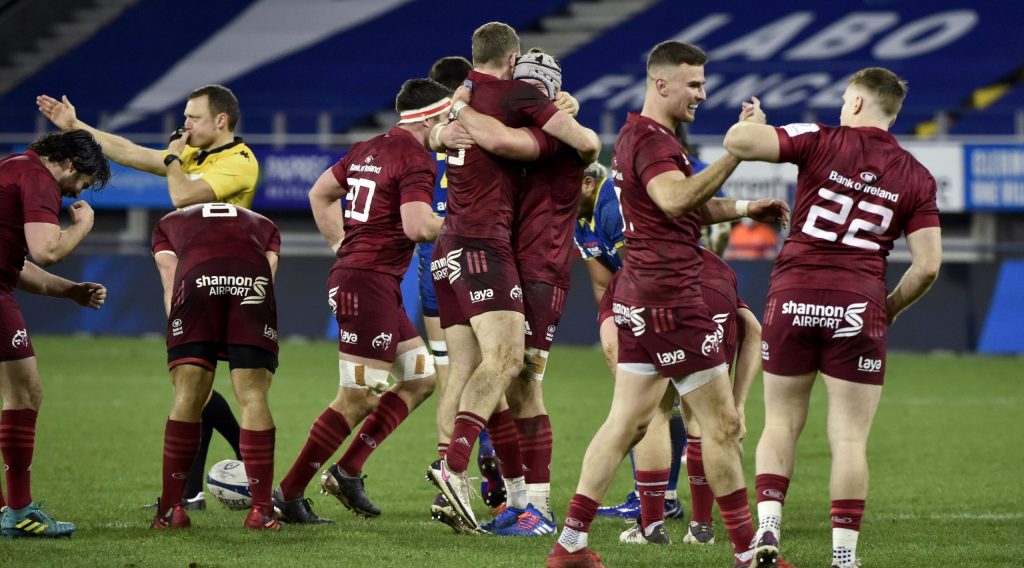 Munster Rugby produced a stunning comeback against ASM Clermont Auvergne in an enthralling second round of the Heineken Champions Cup.

The Irish province did the unthinkable as they overturned a 19-point deficit to win 39-31 at the Stade Marcel-Michelin on Saturday thanks to tries from Mike Haley, CJ Stander and Kevin O’Byrne, plus 24 points from the boot of JJ Hanrahan.

The victory keeps Munster in contention at the summit of Pool B as one of four sides in the group with 100 per cent win records.

With Clermont winning 28-9 at half-time and on top of their game, most thought it was an impossible task…

But @Munsterrugby don't know how to give up.

Even for a team known for their miracle comebacks, this was special 🔴#HeinekenChampionsCup pic.twitter.com/OzcGOy4nxI

One of those is last season’s beaten finalists, Racing 92, who continued their strong to start to this year’s campaign with a comprehensive 49-7 win at Harlequins on Sunday.

The French side ran in seven tries at Twickenham Stoop as they produced some eye-catching rugby to solidify their chances of advancing from Pool B.

Racing 92 are a threat all over the field! 🔥

Elsewhere, George Barton scored in the 85th minute to hand Gloucester an incredible 38-34 victory over Ulster Rugby on Saturday and revive their hopes of qualifying for the knockout rounds.

Ulster held a 10-point lead heading into the closing moments thanks to tries from Billy Burns, Michael Lowry and John Cooney, but a penalty try and Barton’s score completed a phenomenal turnaround.

Meanwhile, Leinster Rugby and Wasps lead the way in Pool A, thanks to wins over Northampton Saints and Montpellier respectively.

Here's how Pool A and Pool B look at the end of Round Two!

Ross Byrne kicked 15 points for Leinster in their 35-19 home success on Saturday and Alfie Barbeary picked up two tries for Wasps in a 33-14 home victory over Montpellier on Friday.

Santiago Cordero was in electric form for Bordeaux-Begles as the Argentine winger bagged a hat-trick of tries in a 47-8 home drubbing of Dragons on Saturday.

Heineken Champions Cup action resumes in the New Year on January 15, with the reverse fixtures from Round 2.