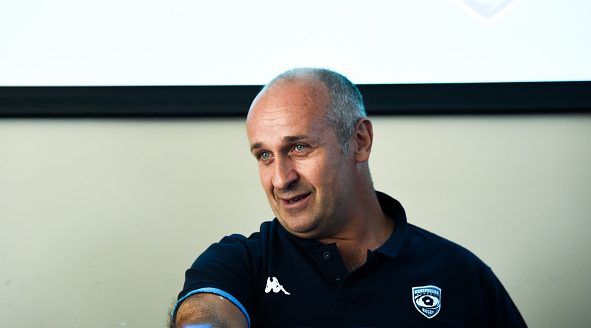 The two sides last met in January 2018, with Leinster wrapping up a flawless pool campaign by defeating the French outfit 23-14 at the GGL Stadium en route to their fourth European title.

Although Montpellier have added plenty of star quality during the off-season, including France wing Vincent Rattez and South Africa scrum-half Cobus Reinach, Saint-André admitted that his side will need to play at a very high level in order to beat the Irish province.

“For us, this will be a high-quality game, the first at home against one of the best teams in Europe,” said the former France head coach. “It will be about making this a very high intensity game. We know that against said teams, you pay for every mistake.

“And often, speaking from experience, playing a game of this level in the European Cup, it’s like doing six months’ training.

Still hoping to become the first five ⭐️ side, Leo Cullen knows it'll be difficult for @leinsterrugby this season…

How do you rate their #HeinekenChampionsCup prospects?

“So, for us, in terms of our progression, later down the line of course, we want to start the competition well and win our first game at home.”

Saint-André highlighted the increased intensity in European competition compared to the TOP 14, something he says requires excellent discipline, technical ability and physical qualities.

“The [Heineken] Champions Cup is at a higher level than the TOP 14,” he added. “It’s somewhere between international matches and TOP 14 games, so everything is quicker. You need to be precise technically and you need to be ready physically.

“And then you especially need to be very disciplined. For the players, being involved in this competition is quite incredible because the young players who come into the competition learn very quickly.

“That can only help the team to improve together, especially individual players. Those who are a bit behind, they can realise that responsibility, speed and intensity require you to be technically sharp and in particular you need to be very strong physically to be able to play 80 minutes.”