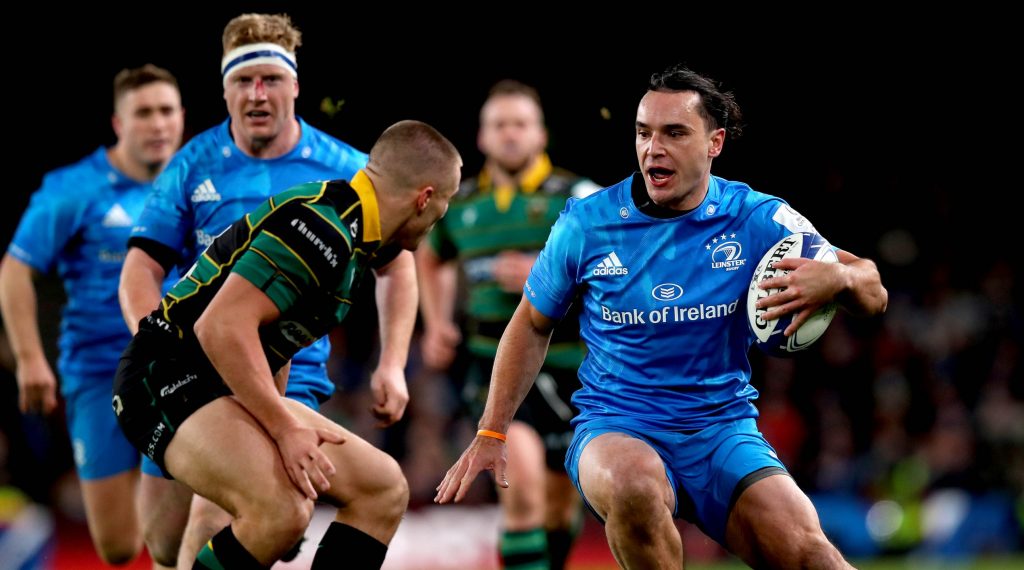 Leinster Rugby wing James Lowe will make his Ireland debut in Dublin on Friday night against Wales in the Autumn Nations Cup, after being named in Andy Farrell’s starting XV following a string of impressive European displays.

The 28-year-old has played for the four-time European champions since 2017, having moved from New Zealand-based Super Rugby side Chiefs, and has made four appearances for the Maori All Blacks.

He is now eligible to play for Ireland and comes straight into the starting XV, having been in exceptional form for Leinster, scoring eight tries in his 16 Heineken Champions Cup appearances since joining the Irish province, including crucial scores against Saracens in 2018 and a pair in back-to-back wins over Northampton Saints last season.

Lowe is joined by 10 of his Leinster team-mates in the Ireland side, including fly-half and captain Johnny Sexton, scrum-half Jamison Gibson-Park, who makes his first start, wing Hugo Keenan, who wins his third cap, and hooker Ronan Kelleher, who is recalled after injury for his fourth Ireland appearance.