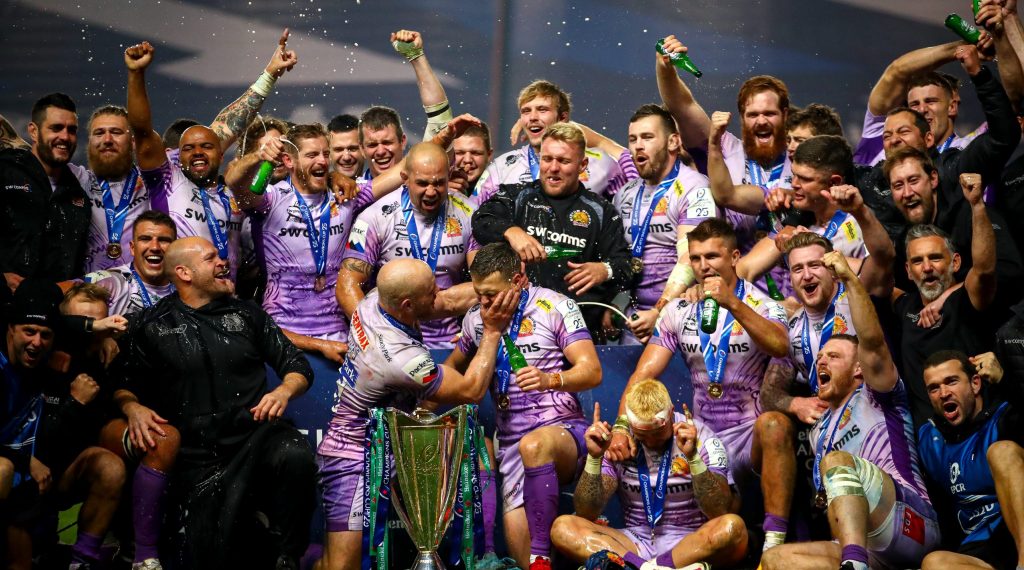 Celebrations were put on hold after last week’s dramatic 31-27 victory over Racing 92 in the Heineken Champions Cup final with a domestic decider and a chance at a famous double on the horizon.

But after seeing off Wasps 19-13 at Twickenham on Saturday, Baxter said that his side can now celebrate lifting Europe’s biggest prize for the first time, as well as their second domestic crown.

“I know that sounds a bit strange when you’ve just won a competition, but last week played a huge part in that,” Baxter said.

“We’ve got both trophies in the changing room there because now we can celebrate last week as well as this week.

Rob Baxter's men finish the season with a wonderful double 🏆

Could they dominate Europe for years to come? 👀 pic.twitter.com/6Cn9jbIaGm

“If we didn’t win here, that would have taken the shine off it. This allows us to stop, pause and look back a little bit over a very good season over two very tough competitions.

“Now we can spend some time reflecting on how important the work these guys have done has been to the club.

“We’ve got both trophies in the changing room there because now we can celebrate last week as well as this week.

“I’m relieved that they’re able to really enjoy what they’ve achieved without any shine being taken off because that wouldn’t have felt too good.”