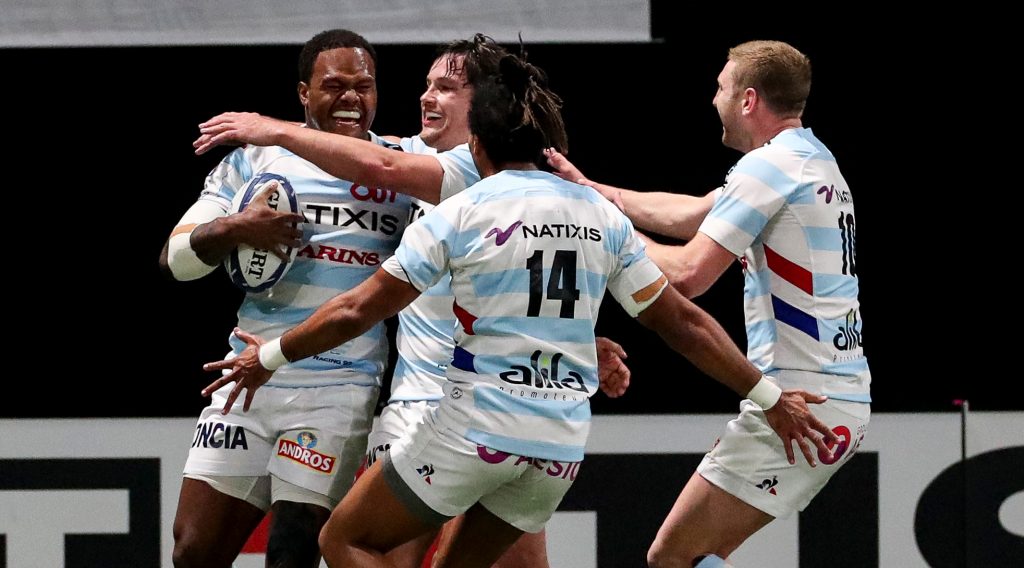 Former Munster Rugby back-row Alan Quinlan has said that EPCR European Player of the Year nominees Finn Russell and Virimi Vakatawa are key to the success of Racing 92 in this afternoon’s Heineken Champions Cup final against Exeter Chiefs.

The duo combined with devastating effect to help Racing score the sole match-winning try in their 19-15 semi-final win over defending champions Saracens and Quinlan is expecting more game-changing plays at Ashton Gate.

“They’ve been so prominent in the competition up to this point, they just come up with these game-breaking plays,” said the two-time European Cup winner.

“Whether it’s Russell making line breaks himself or it’s his passing or execution of that chip kick he put in for Vakatawa.

“You can clearly see it’s called, it’s not off-the-cuff in the sense that it’s not phase play but they communicated and they back themselves to do that.

“It’s what we love to see in the game. A lot of the teams dominate defensively and defensive coaches put so much pressure on their teams to stop the opposition and stop their threats.

“But Finn Russell is such a free spirit and he’s a maverick and you just love to see that in the modern game.”