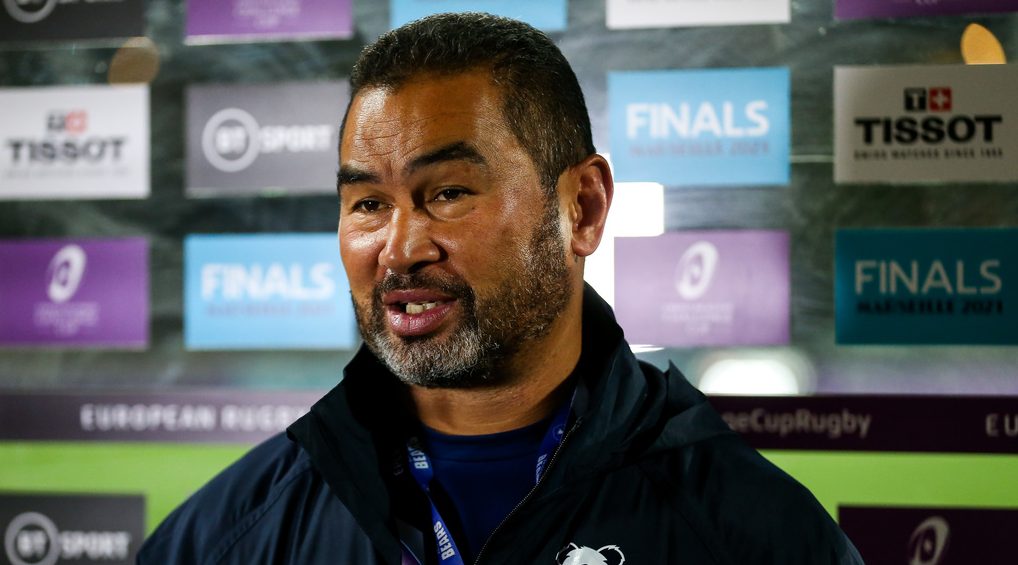 Pat Lam is interviewed after the Challenge Cup final

Bristol Bears director of rugby Pat Lam declared himself “extremely proud” of his side for coming back from 16-10 down to run out 32-19 winners over RC Toulon in their first European Rugby Challenge Cup final last night.

The English side were quickly ahead by 10 after a try inside 15 seconds from Harry Randall and a three-pointer from Callum Sheedy but Toulon would fight back and lead by six at the break.

It took a blistering second half display to turn the match on its head, with Max Malins scoring what would prove to be the crucial try on the hour mark.

And that performance in the second period left Lam “extremely proud” of his side, who will be competing in the Heineken Champions Cup next season.

How important was their start in claiming the #ChallengeCupRugby trophy? pic.twitter.com/TAGF6xT5jc

“I’m extremely proud that we were true to ourselves, that’s all I asked of the boys before the game,” Lam told BBC Radio Bristol.

“I said let’s celebrate who we are, the Bristol Bears, and what that means. It is not just a name, it’s our culture. I also said let’s have no fear in the final and be true to ourselves, and we were.

“When we got to 10-0 a few things started to go wrong and Toulon worked their way into the game and we were down 16-10.

A monumental moment as @BristolBears reclaimed the lead 👊

A goose-step from @max_malins7 worthy of winning a trophy – was this the moment they clinched it?#ChallengeCupRugby pic.twitter.com/4G3GeDz55p

“We spoke at half-time and said we needed to get better at the breakdown and that the opportunities were there if we tidied up our stuff and the boys did that, problem solved, and we came home strong.

“Toulon were big men, they wanted to slow us down but we said it was not about the referee or the opposition, it was about us. There were spaces available if we got out of the breakdown quickly and it made a massive difference. Fair play to the players.”