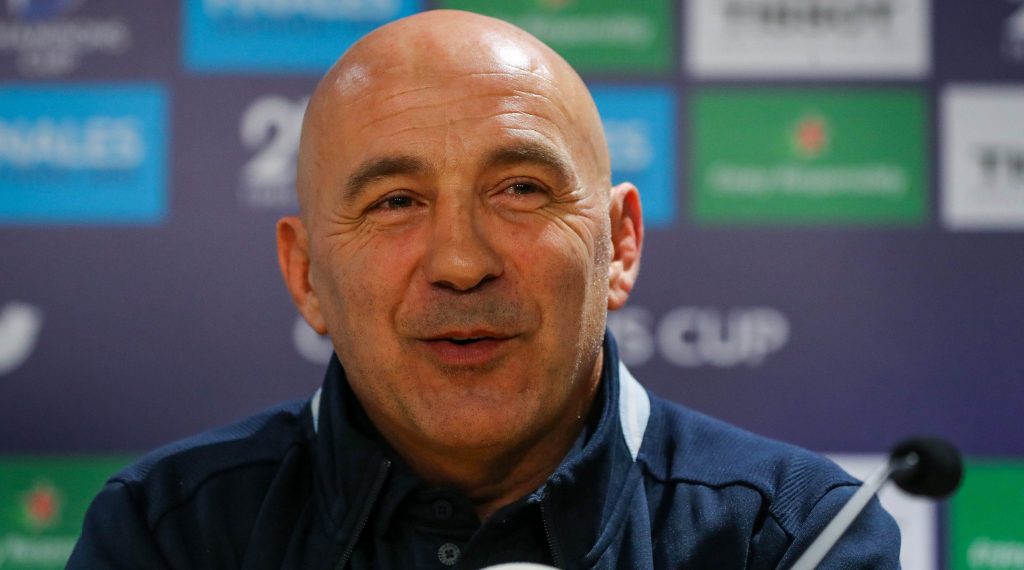 The Frenchman – who could become the second person after Leo Cullen to play and coach in a European Cup-winning side – heaped praise on Exeter who have been in spectacular try-scoring form and have also reached the Gallagher Premiership final this season.

“What impresses me is that they have talented players and they have a speed of execution, movement that is quite extraordinary,” Travers said.

“They’re a team that averages four tries per game. It puts all the opposing defences in difficulty.”

Travers went on to highlight Exeter’s effective playing style before labelling his Racing team as the underdogs for the final.

🗣 “All the Racing threequarters are dangerous, but for me, Virimi Vakatawa is the most impressive.” 🔥

“They are there to exhaust the opposing team by increasing the playing time, keeping the ball for between three to four minutes of play – it is very rare,” he explained.

“They are in their sixth final in five years. We are not the favourites.”

The former Brive hooker reiterated the importance of playing in a game like the Heineken Champions Cup final, and urged his team to concentrate and remain composed throughout.

“You have to look at the honour you have of playing a final. The main thing is to stay focused on the 80 minutes of the final.

“If we start to scatter, to lose patience, we will forget to fight for the 80 minutes of the final. We need to be able to master it.”