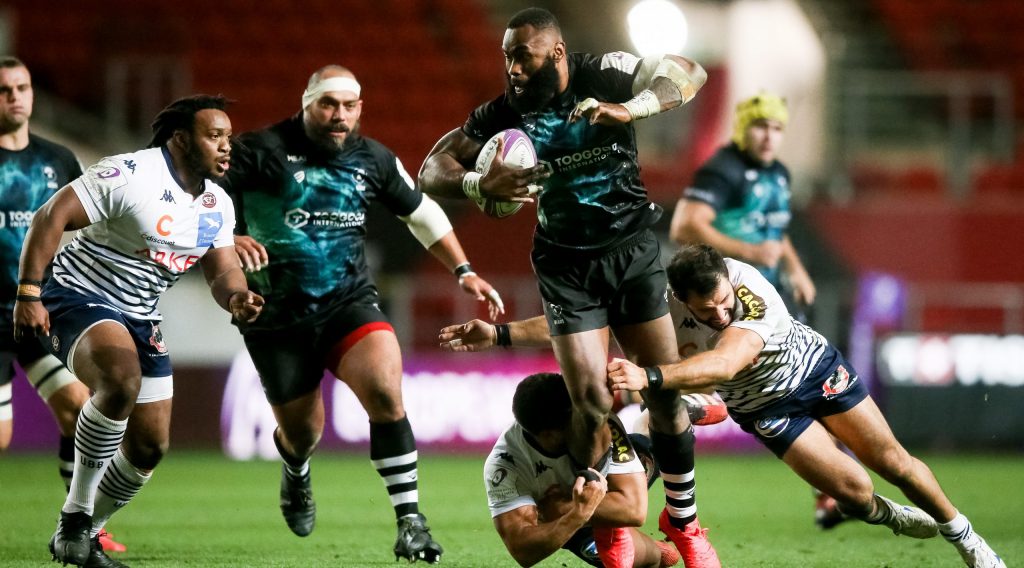 The spectacular centre has impressed in the Challenge Cup for Bordeaux-Begles and more recently Bristol Bears, helping the English side reach a first European final this evening.

His nomination for EPCR European Player of the Year reflects that and Habana – who won the European Cup in 2014 and 2015 with Toulon – admitted that Radradra is certainly one of the best players in Europe.

“There’s a reason why he’s been nominated as one of the best players in Europe and why he’s probably seen as the hottest property in world rugby at the moment,” speaking exclusively at the EPCR European Player of the Year breakfast.

“It’s because of his unique game-breaking ability. He’ll know Toulon really well and will understand how they want to play.

“He fits so well in a fascinating, enjoyable Bristol Bears culture under Pat Lam. What they have created there and the manner in which they play the game but also allow the game to thrive.

“For me, it’s something I really enjoy and Semi is part-and-parcel of what that Bristol Bears team is all about.

“He definitely has the X-factor and he’ll know coming up against his former club what is needed to try and win a Challenge Cup final.

“But I think for him, the team context in which he finds himself in is probably more preferential than the journey that the Toulon team are in at the moment.”