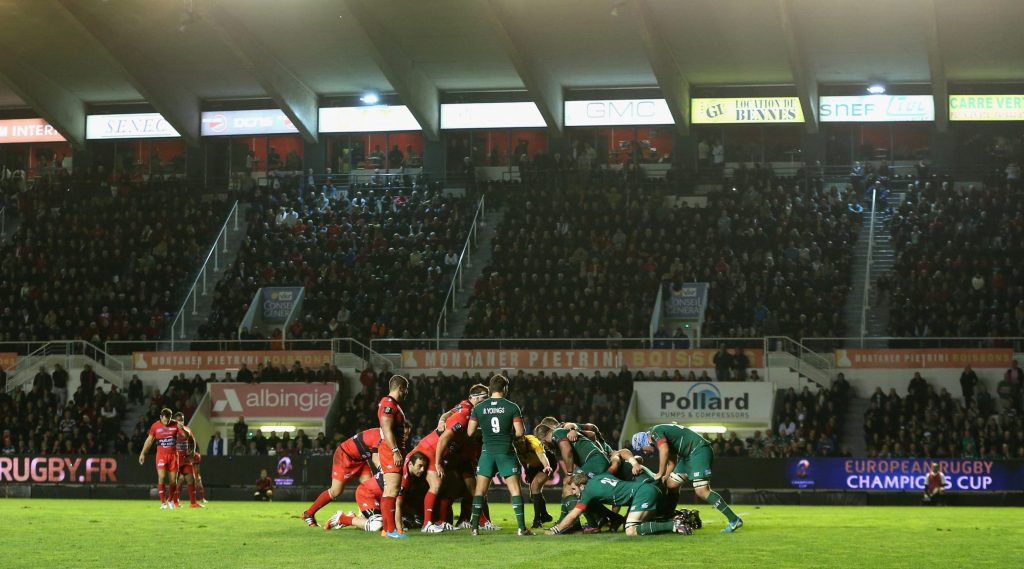 Leicester Tigers and RC Toulon do battle in 2014

While RC Toulon and Leicester Tigers have never met in the European Rugby Challenge Cup, they have faced one another three times in European competition, with the TOP 14 club winning twice. Here we look back at those three previous meetings.

Jonny Wilkinson booted Toulon into their first European Cup semi-final by scoring all their points in a hard-fought victory over Leicester at Stade Félix Mayol.

The veteran England outside-half was on target with six penalty goals, before sealing a meeting with Saracens at Twickenham thanks to a trademark drop–goal.

His former Newcastle Falcons clubmate, Toby Flood, landed five penalties for the Tigers, but the 2001 and 2002 champions suffered with yellow cards for Flood and prop Dan Cole that reduced them to 14 men for a quarter of the tie.

Owen Williams kicked Leicester Tigers to a dramatic victory at a rocking Welford Road to keep their qualification hopes alive from Pool 3 and end the nine-match winning run of defending double European champions Toulon in the process.

His 20 points, to go with Brad Thorn’s try, took them to just a match point behind Toulon, who came off second best to a massive scrum effort from Leicester’s tight five.

Leicester led 13-0, but Toulon were level at half-time after an interception try by Bryan Habana and then Drew Mitchell crossed to give the visitors the lead, only for three more penalties from Williams to seal victory for the Tigers.

Defending champions Toulon tightened their grip on Pool 3 with a comprehensive victory over Leicester Tigers at Stade Félix Mayol to exact swift revenge for their loss to the English club the previous week.

Ali Williams and Mathieu Bastareaud touched down in either half for the French side, while Leigh Halfpenny kicked 13 points as Toulon opened up a five-point lead in the standings.

Leicester reduced the deficit to 16-5 with a Blaine Scully try and Owen Williams kicked a second-half penalty, but ultimately they were made to pay for allowing their hosts a 16-point lead before the break.