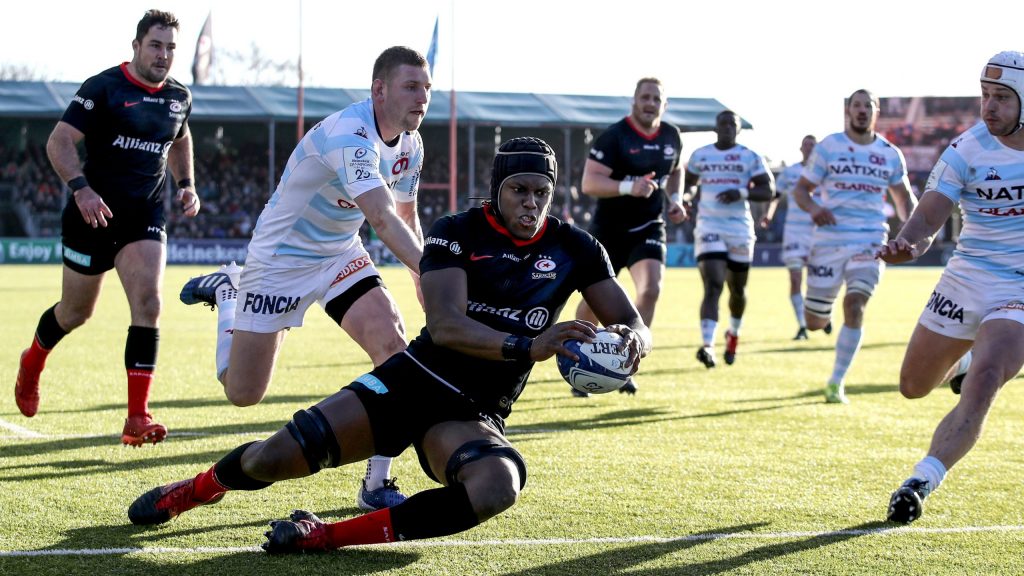 Two of the most decorated clubs in the history of European competition are set to clash with two pretenders to the Heineken Champions Cup throne in this weekend’s high-profile semi-finals as some of the biggest names in the global game aim to move to within 80 minutes of glory.

The first Anglo-French semi-final shoot-out since 2016 kicks off on Saturday at Paris La Défense Arena (13.00 UK and Irish time) where Racing 92 and holders, Saracens, go head-to-head in a repeat of the 2016 decider.

The BT Sport, Channel 4 and Virgin Media cameras will all be rolling in the French capital with Racing looking for a third appearance in the showpiece final in five seasons having never lost at this stage of the tournament, while Saracens are targeting a fourth final appearance in the same period.

Should they lift the trophy for a fourth time next month, Saracens will equal the record jointly held by Leinster Rugby – who they defeated so impressively last weekend – and Toulouse who travel to Exeter Chiefs for Saturday’s second semi-final (15.30 UK and Irish time).

The Gallagher Premiership pacesetters have qualified for the last four for the first time in their history with live coverage from Sandy Park on BT Sport, while Toulouse will be appearing in their 12th semi-final, winning two of their three previous matches at this stage on English soil.

As the Challenge Cup reaches its business end, as many as five European Cups have been shared by the two contenders at Stade Félix Mayol where RC Toulon take on Leicester Tigers in a highly-anticipated semi-final on Saturday evening (20.00 UK and Irish time).

As yet, neither club have had their hands on the Challenge Cup silverware as they prepare to meet in European competition for a fourth time, so whoever ultimately lifts the trophy will be a first-time winner and a 16th different club to achieve the feat.

Bristol Bears, the tournament’s leading points and try scorers, play host to Bordeaux-Bègles in the first of the semi-finals tomorrow night (19.45 UK and Irish time) with both sides firmly focused on winning the title for the first time having already claimed a place in the 2020/21 Heineken Champions Cup through their league position.

All eyes will be on EPCR European Player of the Year nominee, Semi Radradra, who after starring for Bristol in the quarter-final win over the Dragons at Ashton Gate now goes up against his former club.

The 15 players in the running for that accolade will be trimmed to just five after this weekend’s action which will be available for fans all over the world to enjoy live on epcrugby.tv in territories where broadcast deals are not currently in place.