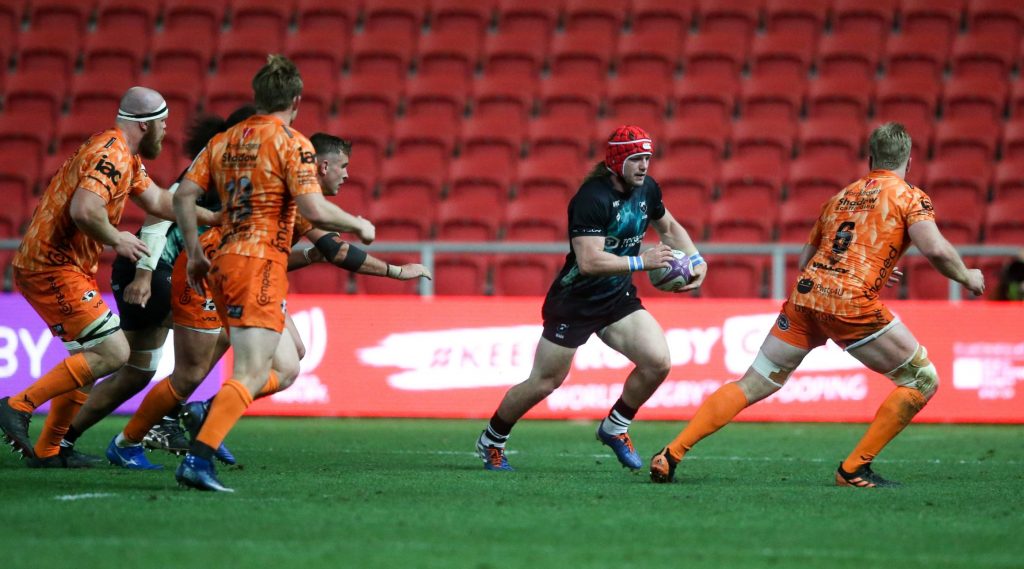 Bristol Bears hooker Harry Thacker has said his side will be ready for their “huge” European Rugby Challenge Cup semi-final against Bordeaux-Begles on Friday night.

The English side secured their spot in the last four with a comprehensive 56-17 win over Dragons last weekend, ensuring a home semi-final at Ashton Gate in the process.

And Thacker – who has scored two tries and played in every Challenge Cup match this season – has said that although they were sloppy in places against the Welsh region, they will be ready to go when Bordeaux-Begles come to town on Friday night, live from 19:45 (UK and Irish time) on BT Sport.

“We said before that it was all about the end result and getting the win,” Thacker told the Bristol Bears website.

“We probably didn’t control it as well as we wanted, especially in the first 10 or 15 minutes, we were a bit scrappy with our play and maybe tried to force it a bit, but we showed in passages that when we’re on, we’re on, and we’ve known that all season.

Relive the best bits of their seven-try victory over @dragonsrugby 🎥

What was the best moment of the game for you? 👀 pic.twitter.com/epL1jRI5aW

“There’s a lot to tighten up, but the result is what we wanted, and we came through at the end. We’ve played a lot of games, so to finish off strong like that is testament to the work that everyone has been putting in behind the scenes and the recovery.

“We’re clicking at times, but we’ve still got loads to work on. The more we progress in this competition, moments like that first 10 or 15 minutes could cost us against other sides. So, there’s still plenty to work on, but when it clicks, we play some nice stuff.

“A home semi is huge, we don’t underestimate playing here. It’s nice to have a full week turnaround but we’ll recover and come in on Monday ready to go again.”