Ryan vows to ‘throw everything’ at Bristol tie 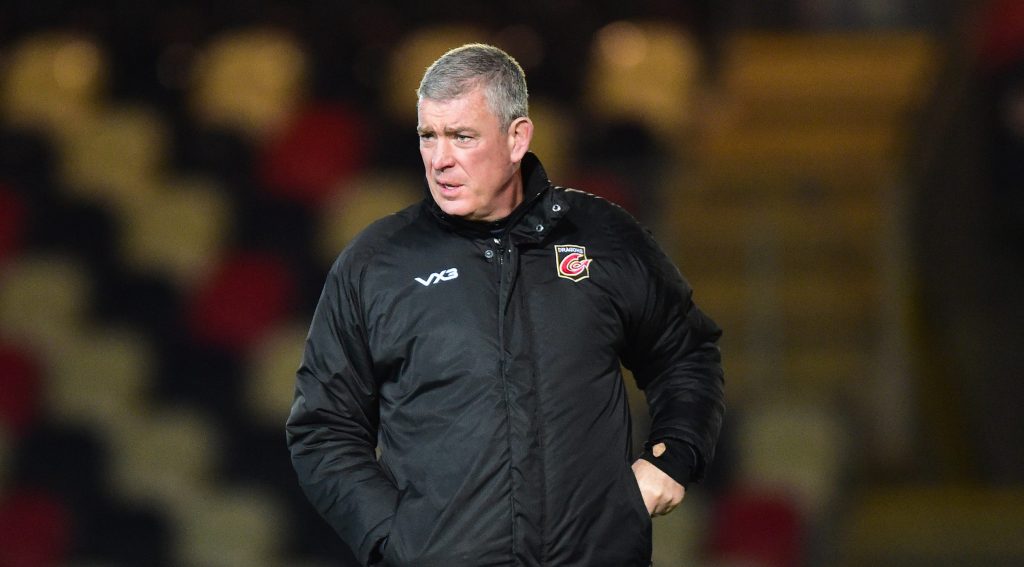 Ryan has revealed he will be selecting from a full-strength squad, which will contain “some big-game players” who are “excited about testing themselves”.

“We might be gambling on some, given the lack of rugby, but we have got some players that we think can do some different things,” he told the Dragons’ website.

“I don’t want to be wondering on Saturday morning about what I might have done. I’d rather go into a knockout game and give it a good go.

“The decision we have to make is about the amount of rugby they have played versus what we think their experiences might add.

🗨️“Dean is a great man, a great coach and the teams he coaches are certainly reflective of who he is – a good man and tough…"

“I’ve been clear with the players. I’ve seen performances in the last two games that have seen players at their best and I don’t want this one-off selection to derail their progress.

“But there is no point seeing Friday night as another step in our development. It is a knockout game and we’ve got to throw everything at it. We’ll give it a good crack and we will live with the outcomes.”

Ryan is excited to have the chance to pit his young squad against a Bristol team containing the likes of Fiji flyer Semi Radradra, England prop Kyle Sinckler and ex-All Blacks full-back Charles Piutau.

🚨 EPCR is pleased to announce the dates, kick-off times and TV coverage for the #ChallengeCupRugby semi-final matches 🚨

“We have the narrative about where Bristol is and where they have come from, the resources they have now,” he said. “Our own narrative is that we are very early in that stage. It is certainly a good story line.

“We absolutely need to play at this level, to learn more with Heineken Champions Cup coming. We can’t hide from it and keep talking about depth. This game is about the here and now.

“We’re really looking forward to playing against Bristol. We have some big–game players and they are excited about testing themselves.”