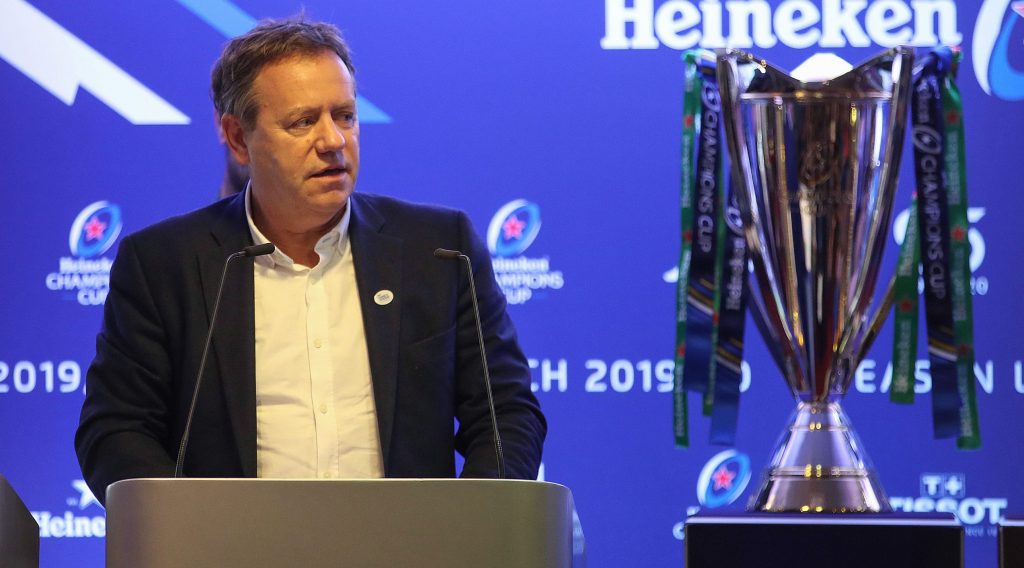 It is a long time since the conclusion of the Pool Stage and it is with relief and thanks for the hard work of a lot of people that we welcome the players back to the field in the Heineken Champions Cup and European Rugby Challenge Cup this weekend.

Since the Pool Stage concluded at the end of January, this year your world completely changed and you faced the unexpected. You have shown more solidarity than ever before, with the discipline you were asked of and integrity and respect for your community. As a team, you lived the values of our sport and for that you are our stars and we hope to see you again soon.

The social and economic pressures on rugby have increased during the COVID-19 pandemic but can also bring opportunities for the sport. In the immediate term, our priority lies in playing the season out to a safe conclusion for all involved.

We cannot wait to welcome more fans back into rugby stadia and will do whatever we can to speed up that process safely. Proportionate risk I think is the key phrase and we have to keep asking the question. Crowds are slowly returning but the game cannot survive without you all. Not only do you bring the passion and colour to the Heineken Champions Cup but we appreciate the role that you have all played in keeping your communities going through the public health crisis of recent months as the real stars. Whilst doing so, you have also enjoyed the history of the Heineken Champions Cup, with over 2.3 million video views as we trawled the archives during the lockdown period through official digital channels of the tournament.

With the pandemic curtailing the Top 14 season, the Guinness PRO14 classifications made on the basis of the first 13 rounds of the regular season and the Gallagher Premiership only resuming after a five-month hiatus in August, it was considered unfair to only qualify six clubs for the 2020/21 Heineken Champions Cup and therefore, next season will include 24 clubs on an exceptional basis. As well as reacting to the ever-evolving health crisis, this exciting format with a unique quarter-final round played on a home-and-away basis over consecutive weekends, presents great competitive opportunities for clubs and their fans, as 24 clubs will set out on the Road to Marseille next season after this season’s Finals Weekend in the South of France was understandably deferred to next year.

In the here and now, what a weekend we have to look forward to as European club tournaments return!

The repeat of last season’s final between Leinster Rugby and Saracens promises to be a thriller in Dublin. The two clubs share seven titles between them – all won since 2009 – and the fact that only Toulouse and Toulon have been crowned European champions since Leinster won the first of their trophies at Murrayfield eleven years ago goes to show the mark of quality that they have put on the club game in the northern hemisphere. Clermont and Racing 92 meet at this stage for the second time in three seasons with both looking to add their names to the tournament’s Roll of Honour and Gallagher Premiership giants Exeter Chiefs are the other side yet to lift the silverware as they welcome Northampton Saints to Sandy Park. There are plenty of heavyweight clashes in the Challenge Cup as well!

The absence of bumper crowds for the matches this weekend gives us a greater appreciation of both the quality and support of our broadcasters in taking European club rugby to homes across the world. We thank BT Sport for their comprehensive coverage of the tournaments across the United Kingdom and Ireland, along with Channel 4 and Virgin Media for their work in taking one match per round to free-to-air audiences in the Heineken Champions Cup.

Our title partners Heineken joined us in that sensational trip down memory lane across official digital channels of the tournament during the lockdown period and it was a pleasure to reflect on a partnership that will reach the quarter-century milestone next season. We appreciate sharing the journey with them as we do with Official Partner Tissot and Official Supporters Financial Times, Gilbert and Kappa.

I reiterate that I want to thank everyone involved with getting us to this point in bringing rugby back to our fields and screens, while recognising the extent of the impact caused by Covid-19 and the ongoing suffering of many people. They are in our thoughts. May you all enjoy a wonderful weekend of Heineken Champions Cup knockout rugby and let us keep building our recovery together. 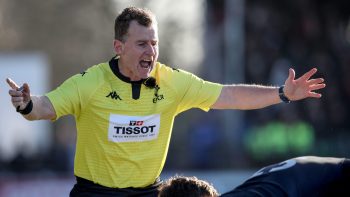