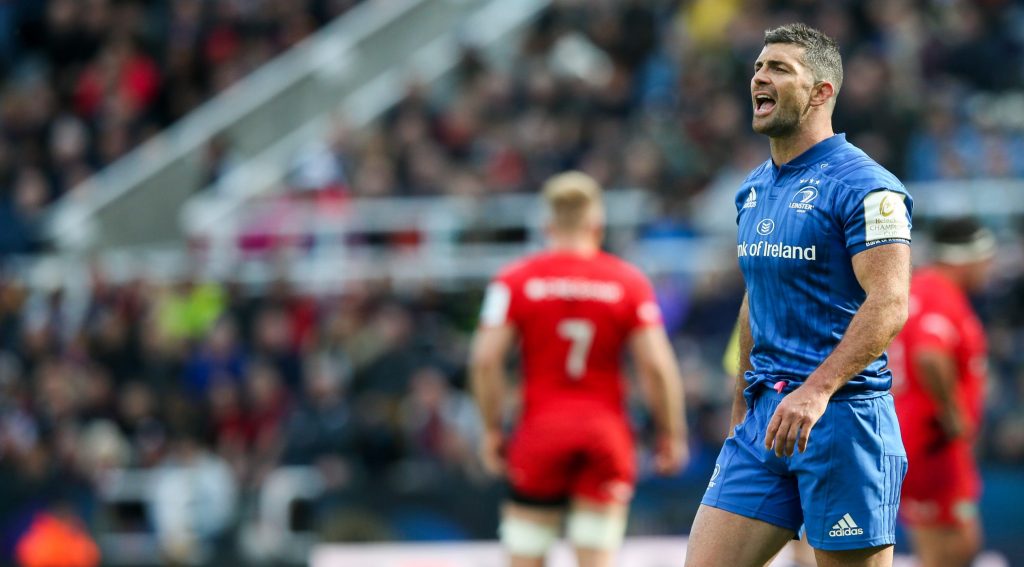 Rob Kearney of Leinster in action against Saracens last season

Leinster Rugby full-back Rob Kearney has said his side will not let last season’s Heineken Champions Cup final defeat to Saracens affect them as they host the English side in a mouthwatering quarter-final in September.

The Irish province were 10-0 up at St. James’ Park in last season’s showpiece final before eventually succumbing to a 20-10 defeat, with tries from Sean Maitland and Billy Vunipola either side of the break doing the damage for the English side.

But three-time European Cup winner Kearney – who has already featured in five Heineken Champions Cup matches this season – has said his side will not be looking back to the defeat in Newcastle as they bid to secure a record-breaking fifth star.

“We try not to let previous seasons and previous results cloud our judgement ahead of a game that is directly in front of you,” said the 34-year-old, speaking on the Heineken Champions Cup Rewind Special.

“I think last season’s final against Saracens is something that still hurts a lot of the players and it hurts the club. It was the first Heineken Champions Cup final that we had lost.

Which QF are you most excited for? https://t.co/51iKMHbChk

“Against a team like Saracens, they keep plugging away and when they get opportunities, they did take them.

“As we look forward to this year’s quarter-final, that’s going to be no different. This European campaign was always going to be something very important to them, given how things have unfolded for them.

“So this was always going to be a huge goal and focus for them.”