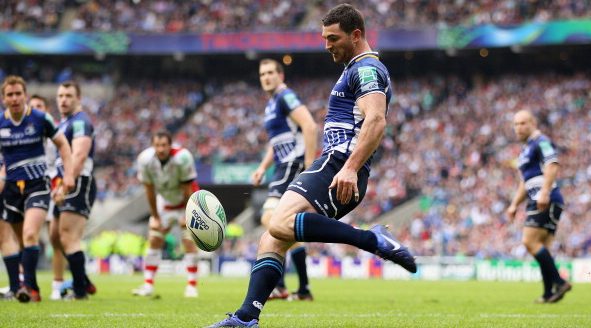 Leinster Rugby full-back Rob Kearney has described winning the 2012 Heineken Cup final as “incredibly special” after being on the bench for the Irish province’s first European success in 2009 and missing the 2011 final due to injury.

The Irish international missed out on playing a major role in Leinster’s first continental crown in 2009 when falling ill before the semi-final stage and only appeared off the bench in the final before playing just two matches in the 2010-11 campaign before injury curtailed his campaign.

The 2012 EPCR European Player of the Year told the Champions Rugby Show: “It was incredibly special. For the Heineken Cups that went before that like 2009, to get ill before the semi-final and then I was on the bench for the final. I suppose I felt a sense of belonging and contribution to that Ulster campaign.

“The semi-final away in Clermont was probably one of Leinster’s best performances down the years. To win away in France against the team who you could argue were favourites that year.

“It was such a tight game and we nearly lost it in the last play of the game when Wesley Fofana knocked the ball on just over the line. That will go down as one of my favourite Heineken Cup memories!”

Kearney also praised the Irish province’s mettle to lift the Heineken Cup in 2009 in what was their first European final.

“It was our first final in Europe so it that bring its own element of nerves, excitement and pressure,” Kearney added.

“But the mettle that we showed on that day was outstanding. It takes a good team to get to that first final and actually win it.

“We’ve seen so many of these teams who made it through the knockout stages and then fall at the final hurdle so I think getting to that first final and to actually win it gave us this incredible ability to go on after that and win more.”

Listen to the full Champions Rugby Show with Rob Kearney by clicking HERE or by using Apple Podcasts, Google Podcasts and Spotify.