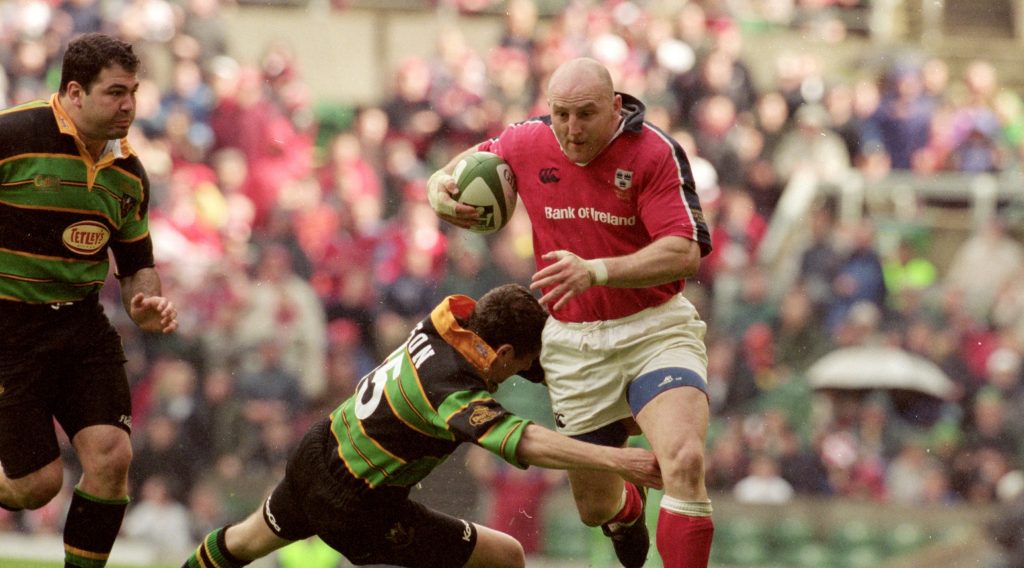 Heineken ambassador and former Harlequins and Munster hooker Keith Wood will be joining us this weekend as he hosts the Heineken Champions Cup Rewind double-header, providing in-depth expert analysis as well as a few laughs with some European Rugby legends.

The former Ireland international will take you on a trip down memory lane as we look back at two European classics, kicking off on Friday night with a re-run of the 2001 Heineken Cup final between Leicester Tigers and Stade Français Paris.

Then on Saturday afternoon, we travel back to 2015 for a vintage semi-final from Marseille between RC Toulon and Leinster Rugby, a clash fondly remembered by the Toulon faithful for a stunning intercept try in extra time from wing Bryan Habana.

Some of our other special guests include Austin Healey and Leon Lloyd, who scored a brace in the 2001 victory to help Leicester earn a maiden European success.

The @IrishRugby legend will be taking us on a trip down memory lane with a belting double-header of European classics 🔥#HeinekenChampionsCupRewind pic.twitter.com/vVwInEI1OH

You can watch all the ‘pre-match’ coverage on Friday from 19:30 (UK and Irish time) with kick-off at 20:00 while on Saturday, the live blog gets under way at 17:15, with the match stream from Marseille getting underway at 17:45.

The matches can be found on ChampionsCupRugby.com and will be the seventh and eighth of our Heineken Champions Cup Rewinds to be shown on site and our various social media feeds.

Listen to the full Champions Rugby Show with Leon Lloyd by clicking HERE or by using Apple Podcasts, Google Podcasts and Spotify.