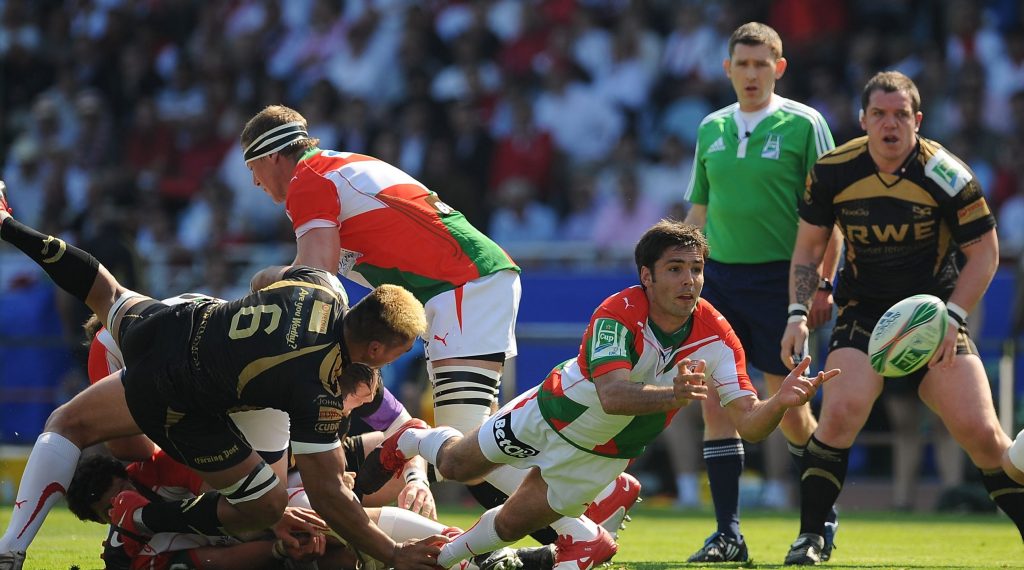 Former Biarritz Olympique scrum-half Dimitri Yachvili has described the atmosphere during his side’s dramatic 29-28 victory over Ospreys in the 2010 Heineken Cup quarter-final at San Sebastian as “special”.

The 39-year-old kicked 10 points as the French side edged out the Welsh region in a thriller at the Estadio Anoeta in San Sebastian, where the match was moved to as Biarritz enjoy a large support in the Basque Country.

That resulted in a vociferous home crowd cheering on Biarritz to a narrow win in what was a classic quarter-final, something Yachvili – who helped the club to Challenge Cup success in 2012 – admits he has fond memories of.

“I have many memories of the game because it was a special game and a big quarter-final at the Estadio Anoeta and one of our tries was just unbelievable,” said the former France international.

“I gave the ball to Damien Traille in the 22 and I thought he was kicking long into touch but he gave it to Ngwenya who ran the length of the pitch!

A captain, a winner, a visionary 👊

“When you played against the Ospreys it was tough because they moved the ball a lot. We had five good pool games and were strong at the basics but we knew that Ospreys played at a higher level so we weren’t very confident at half time when it was close.

“We were very tired because they put a lot of pressure on us but we were at home in San Sebastian and we knew the semi-final would be back here so we couldn’t give up.”

Yachvili added that he felt it was written that his side would win and return to the Basque Country for the semi-final, a match they would also win against Munster Rugby, 18-7.

Where were you when @UlsterRugby lifted the European Cup? 🏆

“It all happened in the game. It was tough with some very good tries because Ospreys played well with some great rugby and the atmosphere was special,” he added.

“It was a sunny day and I think it was written that we would win the game.”