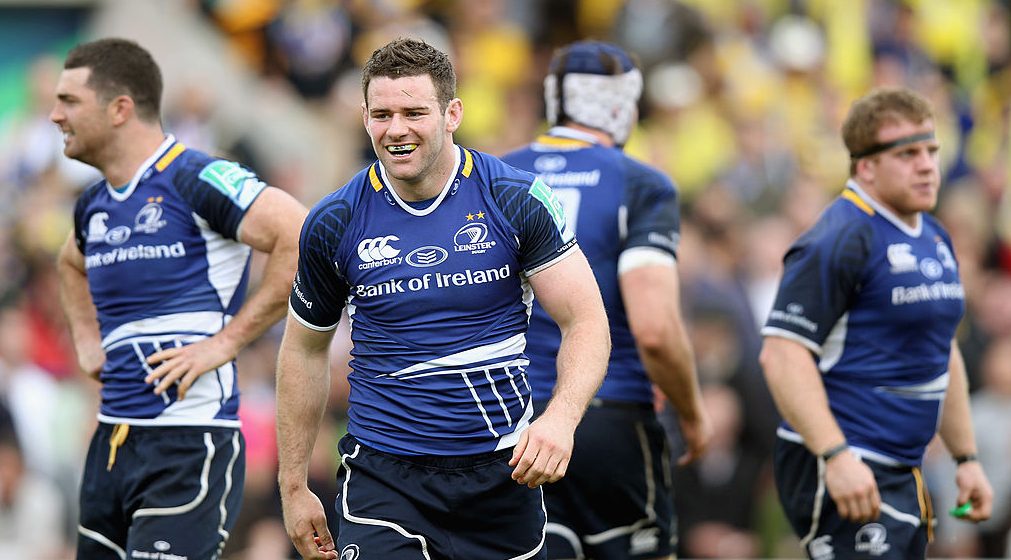 Fergus McFadden is the subject of our focus this week, with the Leinster Rugby utility man having announced that he will retire at the end of the season.

McFadden has earned his place in Leinster folklore, playing a key part in the Irish side’s journey to the top of European club rugby, as they won four Heineken Champions Cup titles since McFadden made his debut at centre in September 2007.

Since then, McFadden has played 44 times in the Heineken Champions Cup, scoring six tries, and contributed on some of Leinster’s biggest days in Europe.

Having missed out on Leinster’s first Heineken Cup win in 2009, when they beat Leicester at Murrayfield 19-16, McFadden was a key part of the 2011 Heineken Cup victory over Northampton Saints, coming on in an epic final in Cardiff when Leinster scored 27 unanswered points in the second half to run out 33–22 winners.

McFadden also kicked the final points in Leinster’s historic third victory in 2012 beating Ulster 42-14 in front of a record Heineken Cup Final crowd of 81,774 at Twickenham. That memorable triumph saw Leinster Rugby win the top European club rugby title for the third time in four years and become only the second side in the tournament’s history to successfully defend their crown.

The 2017-18 campaign proved bitter-sweet for McFadden. Having played through Leinster’s march to the semi-finals, McFadden was injured in the 38-16 victory over Scarlets, pulling a hamstring in the act of scoring a try. That meant he missed the final in Bilbao, where Leinster captured their fourth Champions Cup with a 15-12 over Racing 92.

The wing also played his part in the 2013 Challenge Cup Final when Leinster beat Stade Francais Paris with four tries in a 34-13 success at the RDS Arena in Dublin.

As he waits to see if he can finish his career on the pitch, McFadden received tributes from across rugby with his club head coach Leo Cullen saying: “Fergus has been an amazing contributor to lots of great things that have taken place in Leinster and Irish rugby.

“The versatility piece that Fergus has is hugely important. He would always do what’s best for the team. For example, even though typically your ten would take kicks, Fergus had no problem stepping up at crucial moments to take the pressure off someone. He had so many strings to his bow and he’s going to be a great loss to the group.”

To underline that, McFadden has scored 29 tries but also kicked 46 conversions, 68 penalties and even a drop-goal against Cardiff in 2011.

Capped 33 times for Ireland, scoring 10 tries, McFadden will go out with his head held high. Cullen added: “The hope is that Fergus gets the chance to pull on the Leinster jersey again. Regardless of what happens though, we sincerely thank him for his efforts over the years and wish himself, Rebecca and their little boy Freddy the very best of luck.”

McFadden, speaking to Leinsterrugby.ie, said: “They say the best time to leave a party is when you’re still having fun. It’s hard to put into words what a privilege it has been to have had such a long career playing for the team I grew up supporting and pulling on a green jersey to play for my country. It has been a dream come true.”