Médard wins Try of the Season 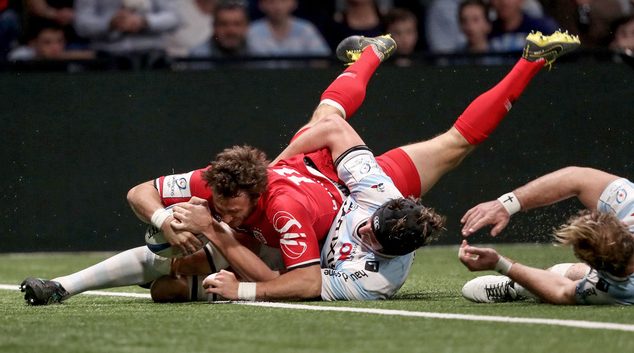 Toulouse wing Maxime Médard has won the 2018-19 Try of the Season for his first-half score in his club’s thrilling 22-21 Heineken Champions Cup quarter-final win over Racing 92 in March.

His 30th-minute effort at Paris La Défense Arena received the majority of votes from the fans and was the first choice of the expert, BT Sport’s Ben Kay, who described it as “one of the greatest European tries”.

The former England lock said: “Toulouse were needing inspiration, away from home and with a man sent off and in a game of such magnitude.

“In one sweep across the field, you get one of the finest passes you’ll ever see and an offload from another planet. With just a slight flick of Ntamack’s wrists, the ball seemingly continued to fly, on a flat trajectory, like a laser-guided missile.

“Tauzin used his feet to force two defenders to commit, then threw the perfect offload completely blind and out of the back door to take them out.

“As the defence scrambled, Toulouse’s ability to keep the ball alive and avoid contact saw the finish to one of the greatest European tries.”