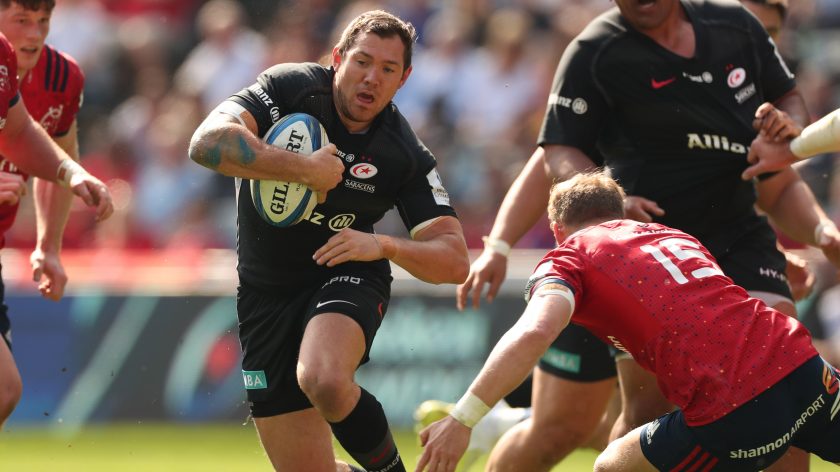 Saracens full-back Alex Goode has been named in the final five for the 2019 EPCR European Player of the Year award after yet another terrific campaign in the Heineken Champions Cup.

The 30-year-old – who has also played at fly-half in Europe’s elite club competition this season – has been crucial for Saracens in their bid for a third European crown, playing every minute of the campaign so far and racking up 348 metres in the process.

Goode has also beaten 35 defenders from 80 carries in the English club’s unbeaten run. They will now look to continue that fine form on May 11, when they take on defending champions Leinster Rugby in the showpiece final at St. James’ Park in Newcastle.

To vote for Goode as your EPCR European Player of the Year or to view all five nominees, click HERE and be in the running to win a signed jersey of one of the Heineken Champions Cup final clubs.

⚫️ @Alex_goode0 has been outstanding for @Saracens this season, constantly slicing thorugh defences and setting up countless tries 👌