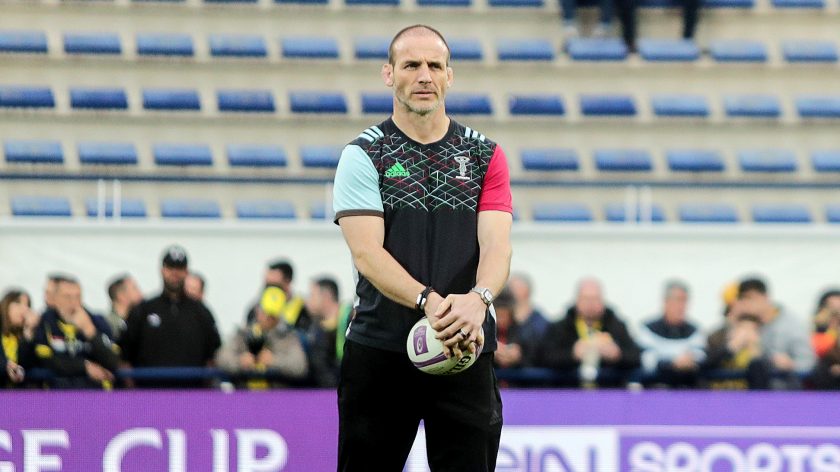 Harlequins head of rugby Paul Gustard was “proud” of the effort his side put into their 32-27 defeat at ASM Clermont Auvergne in their European Rugby Challenge Cup semi-final on Saturday.

The English club fell 32-8 behind with 23 minutes to play but staged a stirring fightback that saw them get within five points of the two-time winners before time ran out on the match and their Challenge Cup campaign.

However, despite the loss, the effort shown by Quins pleased the 43-year-old, who admitted that his team would learn a lot from the defeat.

“We came here with the idea and the belief that we could win this game,” Gustard said.

“We wanted to win the competition, but unfortunately we fell short – it’s small margins.

“For me, it wasn’t a 32-8 game at that stage. We started quite well, but unfortunately our line-out didn’t quite function the way it has over the last month or so, which meant we couldn’t sustain momentum.

“As a coaching group, we’re really proud of the effort and we’ve got to take a lot of lessons from that.”

Gustard also hailed his side’s defence, who conceded only two tries against a Clermont side who racked up 61 points in their quarter-final success over Northampton Saints.

“You have to take positives from that,” he added. “Our defence was outstanding – this is a team that on average score six tries per game in this competition alone.

“They scored eight tries against Northampton a few weeks ago, but only two against us.

“As a head of rugby, I’m really proud of the guys, but we are disappointed and we are hurting, because we knew that it was a game that we could have won.”