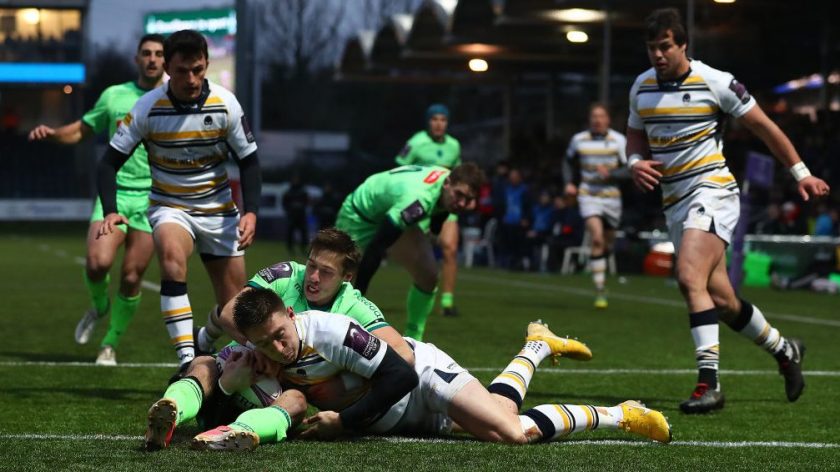 Worcester Warriors wing Josh Adams and Northampton Saints fly-half Dan Biggar will take the confidence of being Six Nations Grand Slam winners into their clubs’ European Rugby Challenge Cup quarter-finals at the end of the month.

Both had key roles in Wales sealing their 14th consecutive victory on Saturday, when they beat Ireland 25-7 in Cardiff, with Adams playing all 80 minutes on the left flank and Biggar 72 at fly-half after George North went off injured.

Adams, who scored three tries in Wales’ championship success, will now be hoping to add to his one in one Challenge Cup appearance this season when Worcester host English rivals Harlequins at Sixways Stadium on March 30, live on BT Sport and beIN SPORTS.

A day later Biggar, who has notched 20 points in four Challenge Cup games this season, will be aiming to add to his tally in Northampton’s quarter-final at ASM Clermont Auvergne, which is live on BT Sport, beIN SPORTS and FR4.

Although England finished second in the championship, their Sale Sharks flanker, Tom Curry, will approach the English club’s quarter-final at home to Connacht Rugby on March 29 as one of the 2019 Six Nations Championship’s leading performers.

The 20-year-old, who scored his second Test try in the 38-38 thriller with Scotland at Twickenham on Saturday, topped the tackle chart (86) and attended more rucks than any other player (177).

Another potential Challenge Cup quarter-finalist to impress on Saturday was Clermont wing Damian Penaud, who saved a try and scored the 78th minute decider as France triumphed 25-14 against Italy in Rome.