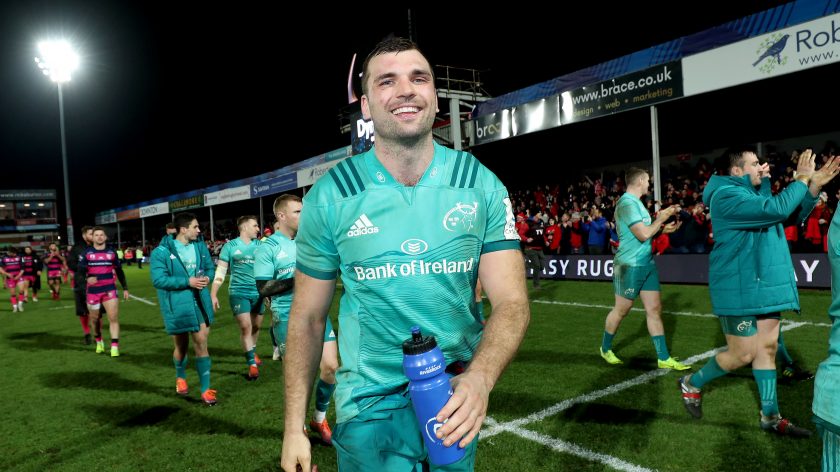 Munster Rugby lock Tadhg Beirne has been nominated for the 2019 EPCR European Player of the Year after a stellar Heineken Champions Cup campaign to date.

He leads the competition in turnovers with 13 and clinched Heineken Man of the Match awards in Munster’s Round 1 and 6 matches against Exeter Chiefs.

He has also played 466 of a possible 480 minutes so far in the Heineken Champions Cup, making 63 tackles and 59 carries in his six appearances.

The king of the vital turnover 👑 has he earned your vote? 📩

If he’s your European Player of the Year ➡️ Follow the link 🔗 https://t.co/KfkYcthrrK #EPOTY pic.twitter.com/HOYTXJwoJA