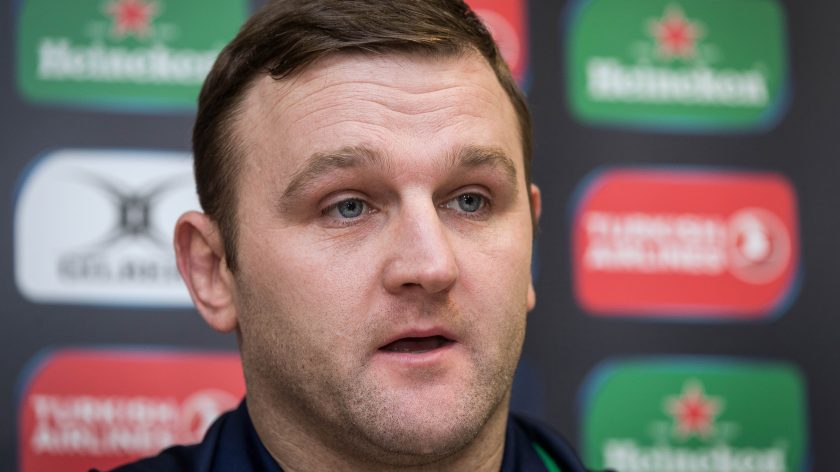 Bristol Bears assistant coach Conor McPhillips has admitted his side are excited about the challenge of back-to-back matches against Russian side Enisei-STM, with a spot in the European Rugby Challenge Cup knockout stages up for grabs.

The English club sit third in Pool 4 with 11 points, but they are just four points behind leaders La Rochelle after a famous 13-3 victory in France in Round 4.

That win has handed them a chance to reach the knockout stages of the Challenge Cup for the first time since 2007, although to do so, they will have to defeat Enisei on consecutive weekends, with McPhillips aware of the threat the Russian team can pose.

“Enisei, having played them before and watching them recently, you can never get away from how physical they are,” said McPhillips at Bristol’s press conference for the game. “They are big men, they are athletes and they thrive on collisions and the physicality.

🎥 | "There's a quarter-final in reach and we can control that, so the key focus for us is to win these two games."

“What’s good for us is that there’s a quarter-final in reach and we can control that. So, the key focus is that we win these two games and we aim for the bonus point.

“Back-to-back games are exciting and always a challenge – do you change a lot or keep it the same?

“We pride ourselves on being a fit team and we’ve been together a long time, so we’ll challenge by keeping the ball in play, playing at our tempo and trying to run them off their feet.

“It’s all well and good having the ball; you just need to hold on to it and play smart.”

The Bears play in Russia on Saturday and then host Enisei a week later.