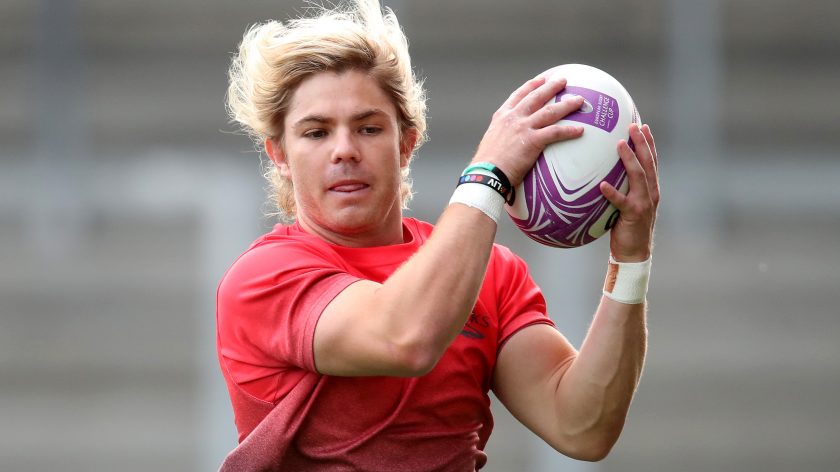 The English club, who will be bidding for their third Challenge Cup win in three matches at Bordeaux-Bègles on December 8, welcomed back South Africa scrum-half Faf de Klerk from international duty for today’s Gallagher Premiership game at Saracens and have signed two of his compatriots.

They are brothers Rob and Jean-Luc du Preez, who are also Springbok internationals and have joined Sale on three-month deals.

De Klerk, who scored a total of 23 points in the Sharks’ 41-24 win at Perpignan and 34-13 home victory over Connacht Rugby in the first two rounds of the Challenge Cup, will form a South African half-back partnership at Sale for the first time with Currie Cup-winning fly-half Rob today when they travel to Allianz Park.

“We’ve been trying to get Rob here since we knew AJ [MacGinty] was going to be having surgery, which was a big blow for us, so I have been speaking to ‘Dimes’ [Sale director of rugby Steve Diamond] for a while about him,” the World Rugby Player of the Year nominee told the club website.

“To come straight from Durban, where the weather is generally very nice, and perform well in testing conditions is testament to the skill and drive that Rob has.”

Back-row forward Jean-Luc, who has 13 Test caps and won the Currie Cup three weeks ago, arrived this week as cover for injured England flanker Tom Curry, but is not part of the squad for today’s match.

Diamond told the club website: “Jean-Luc is part of the formidable Sharks back row in South Africa and can play in all back three positions. He is 6ft 4in and 18 stone, so a powerful athletic lad, and will fit in well with the culture at Sale and add to the winning mentality we are creating as we gain momentum this year.”