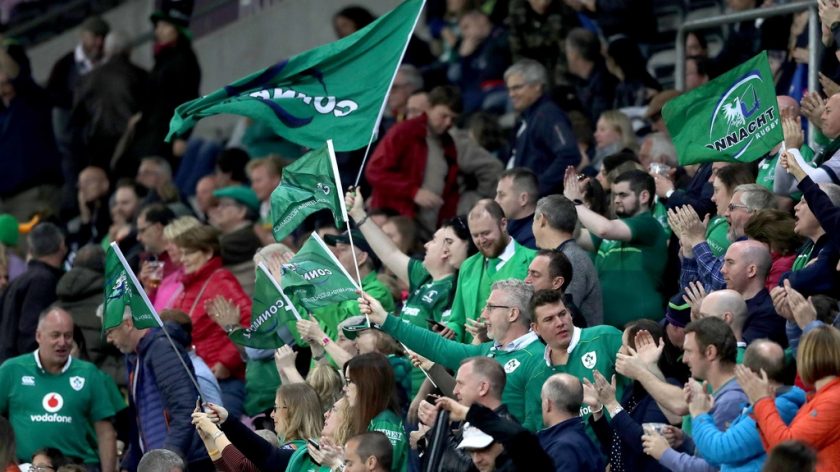 Connacht Rugby fans will be eager to see Paul Boyle's progression over the course of the Challenge Cup season.

Connacht Rugby look to have another excellent back-row prospect on their hands in Paul Boyle after his impressive try-scoring display against Zebre Rugby Club in the PRO14 last weekend.

With the European Rugby Challenge Cup getting underway next month, the 21-year-old could make his European debut in the Irish province’s opening Pool 3 match with Bordeaux-Bègles on October 13.

The Irish No.8 has previously played in Leinster Rugby’s academy, as well as featuring for various Ireland under-age teams, including captaining the U20 side in the World Rugby U20s Championship that took place in Georgia back in 2017.

He was also named in the 2017 U20 Six Nations Team of the Tournament before joining Connacht from Leinster last summer.

Andy Friend says @paul01boyle has been impressing on and off the field this season 👊 pic.twitter.com/S7zc8OlnCX

With Robin Copeland out injured, the 21-year-old has grasped his opportunity with both hands and impressed his head coach, who has described the forward as a player with massive potential.

He made his senior debut for Connacht in their PRO14 defeat to Glasgow Warriors in Round 1 and scored his first two tries for the province in their 32-13 victory over fellow Challenge Cup side Zebre last week.

“I said at the start it doesn’t matter about your age; if you are good enough, you are going to play and he’s testament to that. He’s playing good rugby.”

Connacht have been drawn against Bordeaux-Bègles, Sale Sharks and Perpignan in Pool 3 and will be hoping to improve on last season’s quarter-final exit.