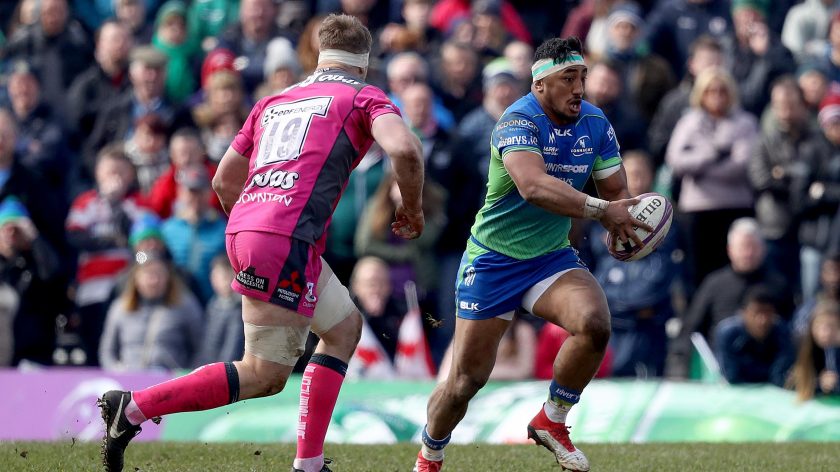 The European Rugby Challenge Cup will see bustling lines, searing speed and wonderful handling skills from some fantastic centres in the 2018/19 season. Here we highlight five to watch out for this season.

Williams made the switch from Llanelli to Swansea over the summer after being an instrumental cog in Scarlets’ machine for more than a decade.

The 57-cap Wales international was pivotal in Scarlets’ run to the semi-final in last year’s European Rugby Champions Cup and will be key to Ospreys’ potential success in the Challenge Cup this campaign.

The 27-year-old, known for his power and the hard lines he runs, has scored eight tries in 37 European appearances and the centre partnership with Owen Watkin in the midfield will be exciting to watch.

In a back line full of international stars including Faf de Klerk, Denny Solomona and James O’Connor, Sam James is certainly one to look out for when he takes to the field for the Sharks.

The strapping 6’4” Shark has had an excellent try scoring record in Europe in the past three seasons, crossing the line five times in just 14 appearances.

At just 24 years old, he will continue to improve year upon year and already has a wealth of knowledge with no less than 85 club appearances in total

Fofana is one of the biggest talents in European rugby but has had a fair few injuries to contend with.

Fofana, 30, has been a part of the squads that have made three Champions Cup finals in the last five years and was in the starting XV for the 2013 and 2015 showpiece.

His fast feet, hard running and sublime strength will be welcome assets when they face Dragons, Northampton Saints and Timisoara Saracens in Pool 1 this season.

The Connacht Rugby centre had a fantastic 2017/18 season in which he helped the Irish province reach the quarter-finals of the Challenge Cup – a game in which he scored a try. He also made his international debut and won the Grand Slam with Ireland.

The 28-year-old has scored four tries in 20 European appearances and will be feared by defenders right across the competition due to his dazzling offloads and carrying abilities.

With as many as 12 European titles among the contenders, the Challenge Cup is set for another strong season and it all starts on Friday 12 October at the Stade Aime Giral where competition returnees Perpignan host Sale Sharks.