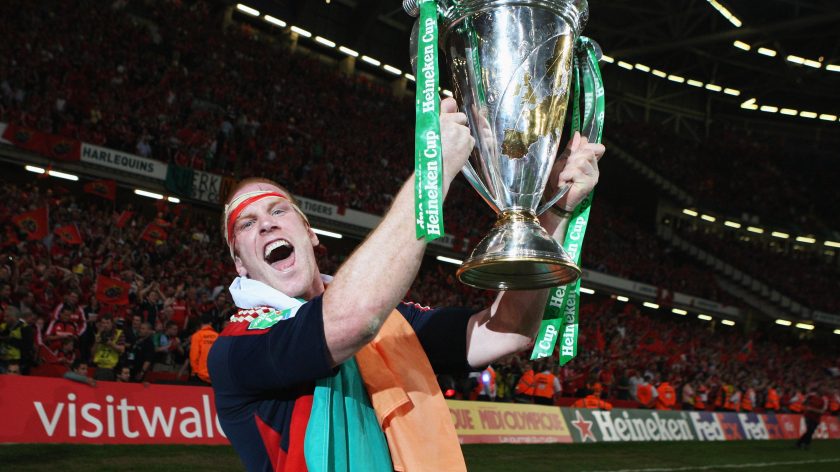 Paul O’Connell’s appointment as forwards coach at Stade Français Paris gives the TOP 14 club a massive bank of rugby knowledge to call upon as they bid to win the European Rugby Challenge Cup for the second time in three seasons.

Not only did the 38-year-old captain Ireland and the British and Irish Lions in a stellar playing career comprising 115 Tests, but he also won the European Cup twice with Munster Rugby.

In 2006, O’Connell was a key member of the Munster side who won the prestigious trophy for the first time as they thrilled more than 50,000 ‘Red Army’ fans in a crowd of 74,534 at Cardiff’s Millennium Stadium by defeating Biarritz Olympique 23-19 in the final.

Two years later Munster regained the trophy and this time it was O’Connell who lifted it as he skippered the Irish province to a nail-biting 16-13 victory over Toulouse, again in Cardiff, laying the foundations for their only try from Denis Leamy with a series of powerful drives.

O’Connell went on to make a total of 83 European appearances – all but one in the European Cup – and score 10 tries in 14 seasons, before being forced to retire by injury in 2016, which prevented him playing a single game for RC Toulon after he had signed for the French side.

Now, after time as an assistant coach for Ireland’s U20 team, he gets the chance to experience French life as he links up again with former Munster team-mate Mike Prendergast, who is now backs coach at Stade Français Paris.

Heyneke Meyer, the TOP 14 club’s sporting director and head coach, told their website: “I’m really delighted to welcome Paul to the Stade Français Paris family. Paul will bring value and experience to our team of coaches thanks to his proven leadership capabilities and his tactical and technical skills.

“He is a major asset for the club and this shows the ambitions and objectives of Stade Français Paris.”