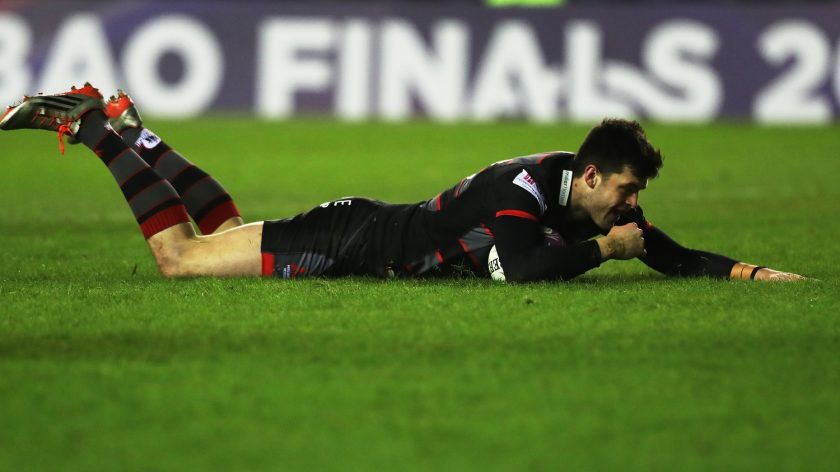 Edinburgh Rugby wing Blair Kinghorn will make his full Scotland debut on Saturday in their Six Nations Championship clash with Ireland at the Aviva Stadium. - 07/03/2018 13:07

Edinburgh Rugby wing Blair Kinghorn will make his full Scotland debut on Saturday in their Six Nations Championship clash with Ireland at the Aviva Stadium.

Scotland head coach Gregor Townsend has brought in Kinghorn to replace Glasgow Warriors wing Tommy Seymour, who picked up a back injury in their Calcutta Cup victory over England less than a fortnight ago.

Kinghorn came off the bench in the 25-13 win over England, and takes the No. 14 shirt after some impressive displays in this season’s European Rugby Challenge Cup for Edinburgh.

The 21-year-old has scored 44 points so far in this season’s competition, including four tries in as many matches.

Congratulations to the 6? Edinburgh players named in the Scotland squad to face Ireland this weekend! ?

Special mention to @Blair_Kinghorn who is set to make his first start on the wing. ? https://t.co/8H3Cw7aw1P


Edinburgh also have four players in the Scotland pack that has been outstanding in their last two matches, with hooker Stuart McInally, prop Simon Berghan, lock Grant Gilchrist and flanker Hamish Watson all in the starting XV.

Scarlets flanker John Barclay will captain the side, while Saracens wing Sean Maitland keeps his place in the team after scoring a try against England at BT Murrayfield.

Speaking earlier today (Wednesday), Gregor Townsend, who led Glasgow Warriors to their first European Rugby Champions Cup knockout stage, before taking the role with Scotland said: “We were delighted with the result against England and backing up our win against France with an improved performance.

“The intent we showed in attack and defence in the first half was very encouraging and we continued to work hard in the second half. The effort that went into denying England a second try in the closing minutes was great to see.”