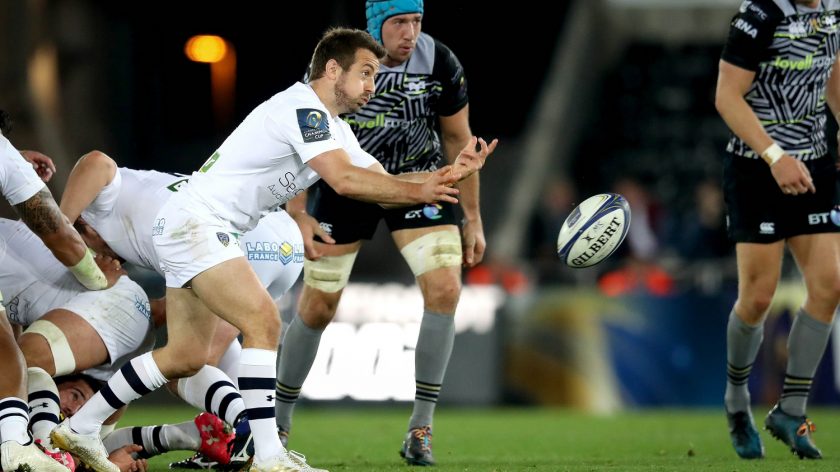 ASM Clermont Auvergne recorded their first win for nearly two months at the weekend with a 21-17 victory over fellow European Rugby Champions Cup quarter-finalists La Rochelle in the TOP 14. - 05/03/2018 11:06

ASM Clermont Auvergne recorded their first win for nearly two months at the weekend with a 21-17 victory over fellow European Rugby Champions Cup quarter-finalists La Rochelle in the TOP 14.

Scrum-half Alexi Balès kicked four penalties for La Rochelle, who haven’t won a match since beating Brive in January. They travel to face Scarlets in their Champions Cup quarter-final on March 30.

Elsewhere in the TOP 14, full-back Brice Dulin and wing Marc Andreu notched tries for Racing 92 as they defeated Brive 17-13 at home.

The result was bitter-sweet, though, as Dulin went off in the second half with a knee injury and could miss their Champions Cup quarter-final against Clermont on April 1.

Saracens dropped to third in the Aviva Premiership after a 24-12 defeat against league leaders Exeter Chiefs, who have opened up a seven-point gap at the top of the table.

? | Try-scorer @BenEarlba takes the ball to the line on his first Premiership start ??? pic.twitter.com/pCncZ8G6ws

Back-row Ben Earl – who was also making his first Premiership start – and hooker Schalk Brits scored tries for the 2017 Champions Cup winners, who travel to face Leinster Rugby in their Champions Cup quarter-final at the Aviva Stadium on April 1.