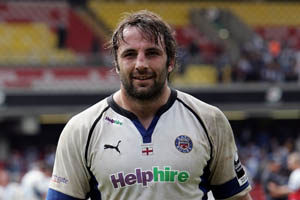 Danny Grewcock has lodged an appeal against the decision of the independent Disciplinary Committee. - 15/06/2007 17:02

The appeal was against the decision of the independent Disciplinary Committee who heard a citing from the European Challenge Cup final against ASM Clermont Auvergne at the Twickenham Stoop on Saturday, 19 May, 2007, and found Mr Grewcock guilty of striking the ASM Clermont Auvergne No 5 Thibault Privat.


The independent Disciplinary Committee suspended Mr Grewcock from Saturday, 4 August, 2007, up to and including Saturday, 15 September, 2007.

The independent Appeal Committee, chaired by Justice Wyn Williams QC (Wales) and also comprising Mark McParland (Ireland) and Peter Brown (Scotland), found that there had been no error on the part of the original committee’s decision and dismissed the appeal.

The player was ordered to bear the costs of the appeal hearing and ERC’s legal costs.