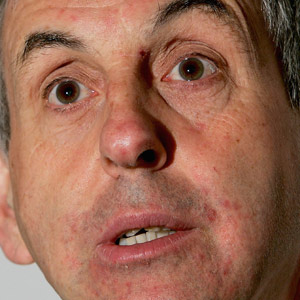 Ian McGeechan has sprung only half a surprise in his team selection for Sunday’s Heineken Cup Final against Leicester Tigers at Twickenham on Sunday.

Without number one choice loose head Tim Payne, who is unavailable following surgery to a knee injury, McGeechan has chosen to use England captain and tight head specialist Phil Vickery to fill the vacancy and bring in Irishman Peter Bracken on the tight. However Academy loose head specialist Tom French wins a surprise place on the bench.

Ever present scrum half Eoin Reddan who, along with Tom Palmer, Simon Shaw, Vickery and Tom Voyce, has played in all eight of Wasps Heineken Cup games of the current campaign, is partnered by veteran fly half Alex King. Due to a knee problem, King has not played since Wasps win over Leinster in the Heineken Cup quarter final at Adams Park in March, but is due to make his 50th Heineken Cup appearance on Sunday – the first Wasps player to do so.

McGeechan plumps for experience in the centre, with Josh Lewsey partnering Fraser Waters, whilst at the back youth gets a chance as teenager Danny Cipriani lines up at full back alongside wingers Paul Sackey and Tom Voyce.

Dominic Waldouck is unlucky to miss out, after having played in six of Wasps eight previous European games this season, as is previous Heineken Cup winner Mark Van Gisbergen. Instead, these two line up on a strong Wasps bench that also features internationally capped players James Haskell and Dan Leo, both of whom have impressed as impact players in this season’s campaign.

McGeechan is looking forward to his first taste of club rugby’s biggest stage, having departed Northampton the season before they claimed the European crown in 2000.

“Sunday’s game is going to be a great occasion,” said McGeechan. “For the first time it will be two English clubs meeting each other on the biggest stage in club rugby, and the healthy rivalry between Wasps and Leicester will undoubtedly add even more spice to the occasion.”

“There have been some tough calls in selection, as is expected with the high level of competition in the Wasps squad, and we have chosen to put a specialist loose head on the bench, in the shape of Tom French. Tom is technically very sound and has played consistently well this season to earn his chance on Sunday.

“Alex King has also been able to take a full part in training over the past two weeks and has performed well. It is good to have him back in the mix for the big one.”