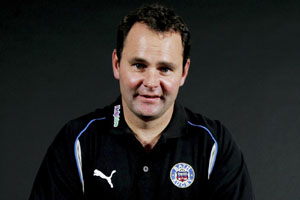 Bath coach Steve Meehan is keen to see his side make up for years of disappointment by claiming their first trophy for almost a decade.

The West Country club used to be synonymous with Cup-winning, but the last one they won was the Heineken Cup in 1998.

They are fully focussed on putting that right on Saturday against Clermont Auvergne, with automatic Heineken Cup qualification a happy addition to victory.

“I think it is important for Bath, not just for this season but for near misses in recent years as well,” said Meehan.

“1998 was the last time we won a trophy and there is a large nucleus of this team who have been together a long time without quite getting the rewards they deserve.

“I am hoping that will change on Saturday and to win a competition alongside guys they have worked very hard for and with for the last few years would be very important to them.

“Heineken Cup qualification for next year comes on the back of it, it is a bonus if you like. The first thing on our minds is winning the competition, winning the cup and then as a result the Heineken Cup comes our way and that is fantastic.

“A club with the history of Bath should be playing in the Heineken Cup every year.”

The two sides go into Saturday’s final at the Stoop in Twickenham in contrasting ways. Clermont Auvergne are still going strong in the French Championship while Bath failed to qualify for the Guinness Premiership play-offs and have had three weeks off.

“We have gone a few weeks without a competition game so that has given us the chance to recharge our batteries and get a few guys back into our squad who were injured late in the Premiership season,” said Meehan.

“It has given us a chance to rest and then crank up the volume ready for the game on Saturday. The situation this week is all about the mindset of the players, they have trained very well so there is no problem with the physical side of things.

“Clermont will try to put the French Top 14 out of their minds, but they will know that a fortnight after this game they will have a semi-final against Biarritz, Toulouse or Stade Francais and that has got to be a distraction I am sure.

“Newcastle gave them a game as did the Dragons late on. We have watched those two games along with many others and we have learned some valuable lessons from them I think.”