Ellis ruled out of showcase final 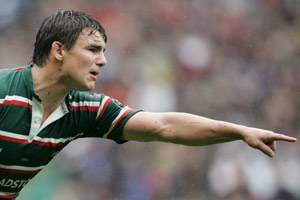 Harry Ellis is out of the Heineken Cup final – and the Leicester Tigers and England scrum half could be out for up to six months.

Ellis has suffered left knee ligament damage that may require surgery and Tigers Head Coach Pat Howard today accepted they will be without the hugely influential No 9 when they take on London Wasps in the Heineken Cup final at Twickenham Stadium on Sunday, 20 May (2.30 pm).

“Harry’s season is over and this is a huge blow for him but we have got Frank (Murphy) to step in and I have every confidence in him rising to the occasion,” said Howard.

“The Leicester and England doctors are going to be working together to find the best solution for him – they now have a lot of detail on the injury – and he could be out for up to six months.”

While Murphy is no in pole position to claim the No 9 jersey for the Twickenham showdown, Scott Bemand is back in training and the
Tigers are likely to also consider Ian Humphreys and Sam Vesty over the remaining two weekends.

And it is touch-and-go whether or not powerhouse prop Martin Castrogiovanni (knee) and centre Daryl Gibson (shoulder) will have overcome injuries in time to be considered for the final.