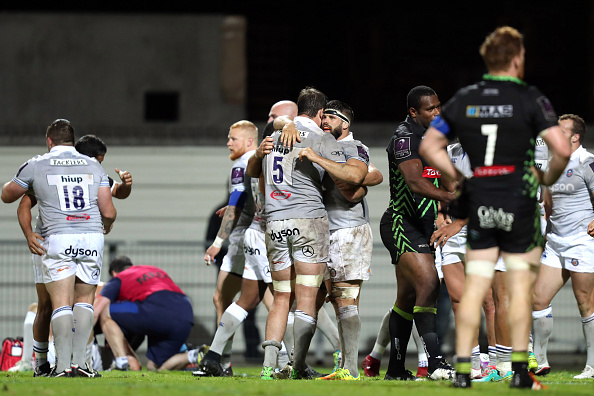 Bath Rugby have boosted their front-row resources for next season by signing two tighthead props, Lorne Ward from NEC Harlequins, and Paulica Ion from Bucaresti.

Bath Rugby have boosted their front-row resources for next season by signing two tighthead props, Lorne Ward from NEC Harlequins, and Paulica Ion from Bucaresti, although the Romanian’s signing is subject to confirmation of a Work Permit and an Accession Worker Card being received.

Ion, who is 24, has been capped 18 times for Romania – who traditionally have a strong pack – since his debut against Argentina during the 2003 Rugby World Cup. He has signed a two-year deal at the Rec, and will join the club after this year’s World Cup.

Ward has made 33 appearances for Harlequins since joining them in 2005 from London Welsh. The 30-year-old – who is South African and previously played for Watsonians, Maritzburg University College Rovers in South Africa and Natal A – will join Bath on a one-year deal.

Steve Meehan, the Head Coach, said: “It’s good to be picking up a tighthead prop in Lorne Ward who has Premiership experience, who has been playing in quality competitions for the last six years or so, and who has the confidence of our pack after he played against us for Quins in the European Challenge Cup at the Rec earlier this season.

“Paulica Ion may not be a household name at the moment,” Meehan continued, “but he was the cornerstone of the Romanian pack that dominated the Scottish scrum in November, and we are looking forward to him providing our team with the same strength.”

Matt Stevens has also agreed terms and will be staying at Bath Rugby for at least another year. Since his return to action in January after a lengthy lay-off following shoulder surgery, the 24-year-old has reinforced his credentials as one of the foremost props in the country.

Meehan said: “We are very happy that he has come back from his injury and a long time away from the game in such a fantastic state: he has been in great form for the club. We look forward to him continuing in that vein in the European Challenge Cup Final, and hope that that sort of form will carry him into the World Cup squad for England.”

The news comes hot on the hells of Bath capturing the signature England U19 loosehead prop Billy Moss on a two-year contract.
Moss, a member of the Bath Rugby Academy, is currently studying Business Management at Exeter University, and will continue to do so under the terms of the deal.

He recently took part in the IRB U19s World Championship in Belfast, and Frank Butler, the Academy Manager, says he has a bright future.

“Billy is a very talented prop, and I think he has great potential. He is a footballing, ball-playing prop, with abilities all round the field. He is also able to throw in, which is a side that we hope to bring on alongside his other skills.”