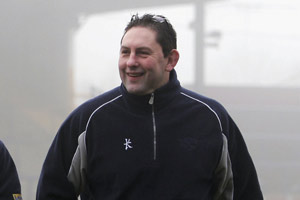 Phil Davies says his Llanelli Scarlets side have been shown the way to tame the Tigers – by the attack-minded intent of the Ospreys.

The Scarlets face Leicester in Saturday’s Heineken Cup semi-final showdown and will no doubt study how their Welsh rivals tore shreds in the renowned Tigers defence with four second-half tries during the EDF Energy Cup final.

Despite the Tigers’ win at Twickenham, Davies now believes the Welsh region’s stunning comeback which rocked Pat Howard’s men has handed them the secret to success.

And he has now urged Llanelli to carry on from where the Ospreys left off and learn from the mistakes which saw the Guinness Premiership giants clinch the first leg of their treble-chasing bid.

He said: “Any team would struggle against anyone that plays attacking football and we will look to expose them like the Ospreys did at times.

“The attacking instinct of our game this season has given teams problems and it’s a style we will certainly continue with. We know though if we lack any efficiency in our game they will put us under pressure and look to turn the screw like they can did so we must make sure we are ready from the off.”

Llanelli will be out to reach their first Heineken Cup final after losing twice, including against Leicester in 2002, in previous last-four ties.

And former Wales international Davies says his intense pre-match preparations will now include a debrief with Ospreys counterpart Lyn
Jones as he bids to plot the downfall of the two-times European Cup winners at the Walkers Stadium.

He added: “We will leave stone unturned in our preparations and I will now have a chat with him as something which can give us that extra one per cent can make all the difference.

“We’ve had lots of challenges thrown at us this season and passed them with flying colours so hopefully we can do the same.”