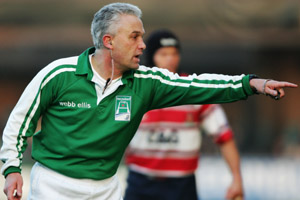 Irish referees Alain Rolland and Alan Lewis have been appointed to take charge of the Heineken Cup semi-finals on 21 and 22 April.

Mr Rolland will referee the Saturday semi-final between Leicester Tigers and Llanelli Scarlets at the Walkers Stadium. It will be his third tournament semi-final.

Mr Lewis will be controlling his second Heineken Cup semi-final when he referees the all-England Sunday showdown between London Wasps and Northampton Saints at the Ricoh Arena in Coventry.