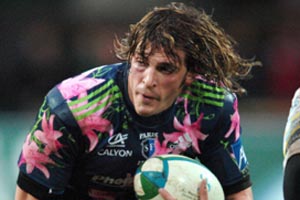 Mauro Bergamasco has lost his appeal against a four week suspension will play no part in his side’s Heineken Cup quarter-final against Leicester Tigers on Sunday.

Stade Francais and Italy flanker Bergamasco had his suspension upheld by an independent 6 Nations Disciplinary Committee in Glasgow on Wednesday.

Bergamasco remains suspended until midnight on Sunday 8th April 2007, meaning he is free to recommence playing on Monday 9th April 2007 but ruling him out of the crucial Heineken Cup quarter-final against Leicester Tigers on Saturday.