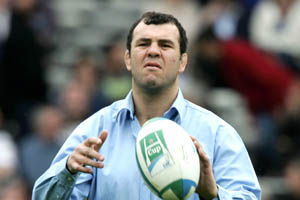 Leinster coach Micheal Cheika speaks about the injury concerns facing the province in the lead up to the Heineken Cup quarter-finals against London Wasps.

With the Heineken Cup quarter-finals around the corner and the RBS Six Nations just finished, Cheika has a lot to consider ahead of the Magners League encounter against Connancht this weekend:

“I’ve tried to stay away from the international guys and all bar Brian O’Driscoll should be fine for this weekend.  Ronan McCormack is still out and is a doubt for Wasps.

“Felipe aggravated the knee injury he picked up against Treviso on Tuesday in training. I don’t think we’ll have any problem with him in terms of selection but we need to wait and see on how he recovers.”

“Cameron Jowitt cut his knee on a rock in training, if you can believe that so he’s also a doubt but apart from them, we should have more or less a full squad. Malcolm O’Kelly has been back in training for the last two weeks and is also available for selection.”

With captain O’Driscoll out for four to five weeks Cheika will have to consider his backline options:

“Whenever Kieran (Lewis) gets his opportunity, he usually takes them. I think he prefers to play at 13 (outside centre), he has a lot of pace and is a good finisher.

“We also have the option of moving Shane from the wing and playing Rob Kearney, Luke Fitzgerald or Christian Warner. So the important thing is that we do have options. I haven’t made my mind up (in terms of selection), but it’s not about covering for one game, but for the four or five weeks or however long Brian will be out.”