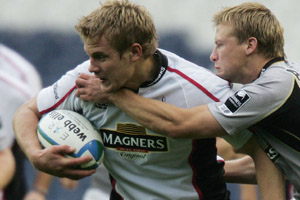 Taylor has agreed a three-year contract with the French league leaders and will leave Edinburgh this summer to join his new Parisien team mates.

Since 2000 the 27-year-old has appeared in 26 Heineken Cup games with Edinburgh Rugby scoring four tries along the way.

Taylor will be following the progress of his future team mates when Stade Francais Paris travel to Leicester Tigers in an attempt cause an upset in Welford Road against the side that denied them a Heineken Cup trophy in the 2001 final in Parc des Princes.