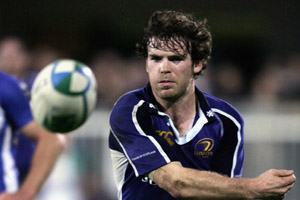 Gordon D’Arcy has signed a three-year extension to his contracts with Ireland and Leinster.

The deal keeps the centre with the Blues until the end of the 2010 season.


The Irish international has amassed 48 caps in the Heineken Cup so far and would be in line to receive his ERC Elite 50 Caps award if Leinster reach the semi-final this year.

Commenting on the news, IRFU Chief Executive Philip Browne said: “This is another important contract secured by the IRFU and Leinster Rugby and is part of a long stated policy of keeping our leading players in Ireland.

“Gordon is an integral part of both the Leinster and Ireland teams and we are delighted that he has followed both Brian O’Driscoll and Ronan O’Gara by agreeing a new contract to remain with his province.”