Moffat returns to the Borders 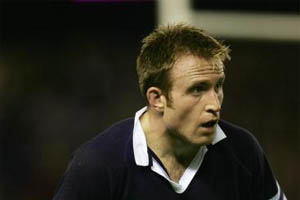 Former Border Reivers fullback, Stuart Moffat, who left Netherdale to join French side Castres during the summer of 2006, is returning to the Borders.

Moffat, who made 25 appearances for the Reivers last season scoring six tries, will join the squad this week ahead of their next Magners League clash against Munster at Netherdale on Friday 16 February (kick-off 7:30pm).

On his return to the Scottish Borders, Moffat said: “My move out to France hasn’t brought as much game time as I had hoped for, so I’m really looking forward to coming back to the Borders and getting stuck in again.

“Having helped take the Reivers into the Heineken Cup last season, it’s very frustrating having to sit here and watch it on TV.”

Border Reivers head coach Steve Bates added: “We were disappointed to lose Stuart at the end of last season but we understood his decision to experience French rugby at this stage of his career.

“We have been looking to strengthen our squad, especially in the backs, so we are happy to welcome him back.”