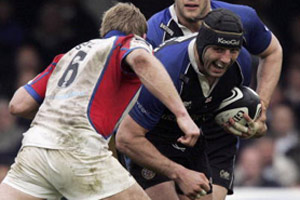 The European Challenge Cup will break new ground when three of the quarter-finals will be televised live on the weekend of 30 / 31 March and 1 April.

While one of last season’s quarter-finals was televised live, this season three of ERC’s broadcast partners – Sky Sports, France Televisions and S4C – will provide unprecedented coverage of this year’s matches.
The ASM Clermont Auvergne against Newcastle Falcons match will get the quarter-finals underway on the Friday night with the clash between West Country neighbours Bath Rugby and Bristol Rugby kicking-off at noon on Saturday.

The contest between Newport Gwent Dragons and Brive will follow on Saturday afternoon with Saracens and Glasgow Warriors meeting on the Sunday afternoon.