Another Tiger Returns to the Lions 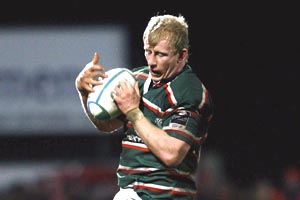 Leinster Rugby announced that Leo Cullen will re-join the province on a 3-year deal from Leicester Tigers this summer.

The Wicklow native made 83 appearances for Leinster (including 36 in the Heineken Cup) since making his debut in 1998 against Edinburgh.

Cullen is the second Tiger to re-join Leinster following from the recent signing of Shane Jennings and is the fourth to commit to the province in recent weeks following that of captain Brian O’Driscoll and Felipe Contepomi.

Leo Cullen commented: “Leaving Leicester was a difficult decision, and I had to think long and hard about it.  I have really enjoyed my time with the Tigers and I feel that I’m a better player for the experience.  The training environment is second to none and it has been great to have been part of such a prestigious club.

“We are still well placed in all three competitions and it would cap off two great seasons personally if I could help play a part in winning some much sought after silverware.

“I am sorry to be saying goodbye to Leicester Tigers but when I got the opportunity to come home to Leinster, I knew the time had come to do so.  I am a Leinsterman born and bred, my family and friends are all here, and this is where I want to be.”