This Is The Crunch – Llewellyn 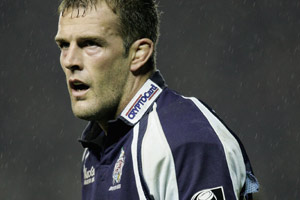 Bristol make the short trip across the Severn to take on Newport Gwent Dragons in Round 5 of the European Challenge Cup on Friday night with Wales’ most capped player warning his fellow Welshmen that the shock domestic pacesetters also have their eyes on European silverware.

“This is a huge game,” said the lock who made 92 appearances for Wales and is still firing on all cylinders just a month short of his 38th birthday. “After beating the Dragons at the Memorial Stadium it was always going to come down to this one for the Pool 1 winners.

“It is great that it has now become such a massive Anglo-Welsh match and it is no secret that this season we have targeted the European Challenge Cup.

“In our first year back in the Premiership last season it was all about survival but this time we are taking the European Challenge Cup really seriously and giving Europe a real go.

“There is the bonus of automatic qualification for next season’s Heineken Cup for the winner and although a win on Friday night would be good enough for us to qualify for the quarter-finals we also want a home draw.”

Former Wales and Neath captain Llewellyn naturally knows Rodney Parade well – along with most of their players – and can certainly provide Bristol with some inside knowledge.

“I know many of the Dragons players well and they are a cracking bunch of boys,” said Llewellyn. “They have got a talented backline and an under-rated set of forwards.

“They beat Munster at the weekend in the Magners League and with their situation among the Welsh regions I am sure they will use any backs-to-the-wall mentality against us.

“Rodney Parade is an older style ground and it is certain there will be a great atmosphere there with our fantastic fans only having to make such a short trip.

“As for our Premiership position, when we got a couple of wins at the start of the season we said let’s see if we could be top of the table at the end of the first month. Then it was a case of could we still be there in the autumn and then could we make it to Christmas.

“We have done that and it certainly favoured us that we only lost scrum half Shaun Perry during the autumn internationals, although we also picked up huge results out of the international period so we are deserving of our place at the top.

“Now we are focusing on the European Challenge Cup and once you get through to the knock-out stages you see some very serious French and English teams.

“The exposure also goes up dramatically and it has been proved in the past that the winners certainly enjoy an extremely high profile.”