If the quarter finals of the Heineken Cup prove half as unpredictable as last weekend's Premiership fixtures we are in for some hair-raising shocks. Once again the Guinness Premiership revelled in its constant ability to bloody the favourites' noses. - 03/04/2008 14:17

It’s another intriguing week of European rugby with Wasps against Perpignan vying with the Ospreys against Stade Francais as the pick of the bunch in my estimation.

Perpignan are producing some classic driving forward play in both Europe and their domestic league and have the capacity to make Wasps work for a win – and it will be a win Wasps need.

The former champions of Europe are a mixed bag at the moment. Generally strong at home, as the defeat of Gloucester in the festive period proved, they are conversely weak on the road. In the Premiership they have not won away from Wycombe since February. With a decent Castres team to face in France in week six, Wasps need this win desperately. If they get it, Perpignan, one of the finest French sides are probably out…it will not be easy.

On Sunday, attention switches to West Wales. The derby demolition of a strong Scarlets side is a reminder that Lyn Jones’s team could yet have a part to play in the latter stages of this tournament. Ryan Jones is roaring over the gain line and James Hook diverting some of the headline seeking eyes from Gavin Henson in what is a back line boosted by the flickering skills of Shane Williams.

Like Stade they have lost a game – neither side can afford another slip up. Stade do admittedly have a five point banker in round six but if they lose this game at very best an qualification will be an away quarter final and the brittle performances away from Paris suggest Stade could do with a home quarter final if they are to fulfil what many believe is an inevitable destiny and become Europe’s leading team and champions.

Other big questions – can Gloucester nick a win in Agen and keep their hopes alive. Will Cardiff deprive the Tigers of a bonus point which could be the decisive point in their bid to make the best eight, should they, as I expect, go the way of all others in Munster next week…and will the Scarlets keep their winning run going in Ravenhill and give themselves a top seeding? 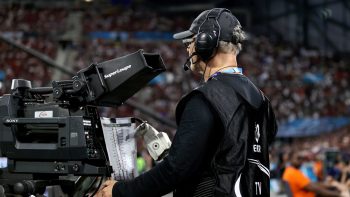 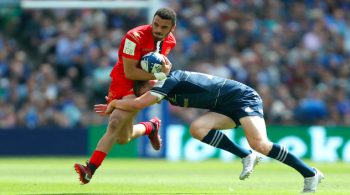