Shane Jennings on the move 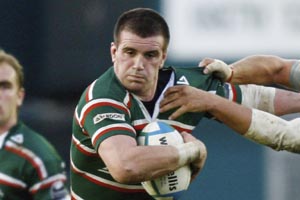 Versatile backrow forward Shane Jennings will return to his home province after a successful two year spell with the Leicester Tigers.

Leinster Rugby announced that Shane Jennings will re-join the province from the Leicester Tigers on a 3-year deal this summer.


Leicester Tigers head coach Pat Howard said: “It is a great disappointment that Shane is heading back to Leinster. For both his family situation and current Ireland selection policy, I do understand. He has had two fantastic years here on and off the field and he will be missed.”

Simon Cohen, Tigers head of rugby operations, said: “Shane has explained to us that the reasons for wanting to return to Ireland are a mix of personal reasons and a feeling that he is more likely to be selected for Ireland if he is playing within Ireland.”

Leinster Chief Executive Mick Dawson added: “We are delighted to announce that Shane has re-signed with the province. Shane is an accomplished forward who will add greater competition to the Leinster backrow.”

Untill next summer Jennings will continue playing with Leicester Tigers in their bid for a place in the knock-out stages of the Heineken Cup. Leicester meet Cardiff at home in Round 5 before heading to the fortress of Thomond Park in Round 6.