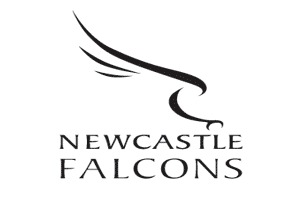 “It’s nice to be involved, and particularly to get a start because it’s only my second of the season after the Powergen Cup game against Sale Sharks,” said the 20-year-old South Shields native, who has appeared seven times from the bench this season.


“My match fitness will be the key, because I’ve been out for the last four weeks or so with a dislocated metatarsal, but I can’t wait to get going and hopefully put in a good performance.

“I’m keen to get stuck in to some games now that I’m back fit, and the next step for me is to try and get a few more starts and to push my case for starting in the Premiership matches as well.”

Wilson forms part of a Falcons scrum which has been on an upward curve in recent weeks under the tutelage of forwards coach Peter Walton, but Wilson also revealed the work that fitness and conditioning coach Steve Black has been doing to get his side going forward in the set piece.

“As well as the technique stuff with Walts in the scrums, we’ve actually been working really hard with Blackie in the gym, specifically on scrums,” he said.

“It might sound a little bit odd, but we have a scrum simulation session a few times a week where all the forwards get on the exercise bikes, and he will call the ball in to the scrum making us pedal explosively for a few seconds, then calling ‘push’ and ‘engage’, things like that at certain points to change the rhythm of the pedalling.

“It’s actually been really good and all the lads have benefited a lot from it, because it makes you think about scrummaging when you’re fatigued, like you would be in a game, and it also helps make the gym stuff a bit more enjoyable if you can see that it’s relevant to your own play at the same time.

“I’ve really got a lot out of those bike sessions, and combined with the stuff Walts has done I think it’s been working. You feel like you’re doing a scrummaging session every day, whereas really you’re just doing it in your head.”

Wilson will be buoyed by the continued presence of Andy Perry in the second row, the former Royal Marine who joined from Plymouth in the summer and has made a big impact in the tight five.

“As a pack we’re working a lot better, and as a tight head it’s great to have Pezza behind you, because he really adds a lot in the scrum, and you can feel the power coming through you, which gets you on the front foot as a prop,” he said.

“Having him there makes a big difference, and I think more people who watch the games regularly are starting to realise that.”

Looking ahead to Sunday’s clash against a Borders side showing good form in the Celtic League, Wilson said: “I got 20 minutes at loose head when we played them up in Galashiels a couple of months ago, and they’re a very hard working side.

“They’re solid up front and we have to be careful of them, but we’ve improved a lot since we played them last, and it’s all about making sure we keep that improvement going.”

With a winning mentality now present at Kingston Park after three successive home victories, he said: “It makes a huge difference winning a few games, and you can tell when you come in for training every day that people just have a lot more confidence about everything they do during the week.

“We now feel as if we can take good sides on in the forwards and really dominate, whereas before it might have been ‘we’ll have a go and see where we get’. We now go in to matches really believing in ourselves.”

And on the day that forwards coach Walton was handed a new long-term deal to stay at the Falcons, there was nothing but praise from a man who was nurtured through the club’s academy by the former Scotland back rower.

“I’ve worked really closely with Walts for the last four years, since I was 16, and to hear that he’s here for another three-and-a-half years is a massive boost to the club,” said Wilson

“I owe the development of my own game down to him, and he’s really been a mentor for me in every aspect of being a rugby player.

“His influence so far on the pack has been huge, and we all know there’s more to come, so it’s exciting to be a member of the squad at the moment with the way things are going.”