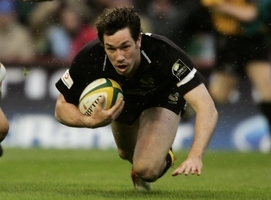 The 2004 Heineken Cup champions London Wasps claimed the first Heineken Cup spot of the 2005/6 season with a 26-10 victory over Llanelli Scarlets in the Powergen Cup final in Twickenham yesterday.


Ian McGeechan guided Wasps to their first trophy since succeeding Warren Gatland as head coach of the English champions with the help of a Tom Voyce try double.

The remaining English places for next season’s Heineken Cup will be allocated on the basis of Premiership performance with one of the coveted spots going to the European Challenge Cup winner.