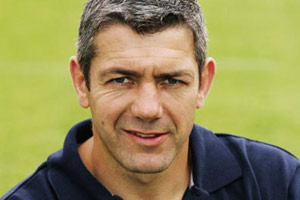 Powell, formally head coach of rugby league club Leeds Rhinos, has been promoted from his former job as the Tykes’ offensive coach.


The 41-year-old takes over the role from rugby director Phil Davies, who stood down as head coach last October.

Davies will remain in his role as director of rugby but with specific focus on forwards coaching, selection and strategic development of the club.

“Personally, it has been a very challenging time for me,” said Powell.

“Having been at Leeds for 10 years it was only right to take a step back and evaluate what was best for this club.

“I am now more committed than ever to take this club forward to the next level.

“If anything, the past three months have made me realise my passion and desire to succeed at Headingley is stronger than ever and hopefully over the coming weeks and months that is exactly what we will do.”

The former Welsh international forward, who has been at Headingley since 1996, added: “Over the past three months we have done an honest and thorough evaluation of our club and what we need to do to take us forward.

Leeds, who still have an outside change of Heineken Cup quarter-final qualification, face Calvisano in Round 5 this weekend.